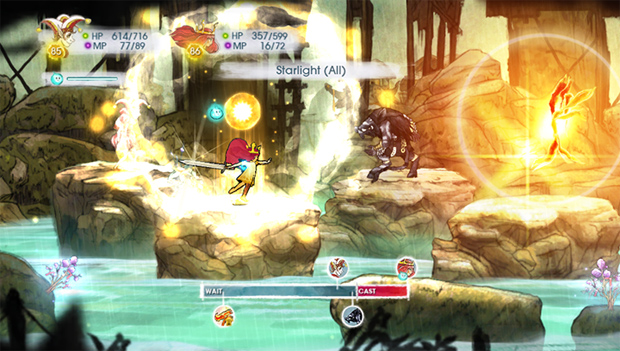 Ubisoft launched its painterly turn-based role-playing game on a bunch of platforms with one notable exception being the PlayStation Vita. Sad times, but not for too much longer. The company is bringing Child of Light to PS Vita on July 1, 2014.

Chris reviewed the game for Destructoid and called it “a noble effort from Ubisoft Montreal, and another win to put in the studio’s diverse portfolio.”

I’ve generally struggled to get into JRPGs in the past but I think I’ll end up buying Child of Light eventually to show support for the UbiArt Framework. Love that guy.