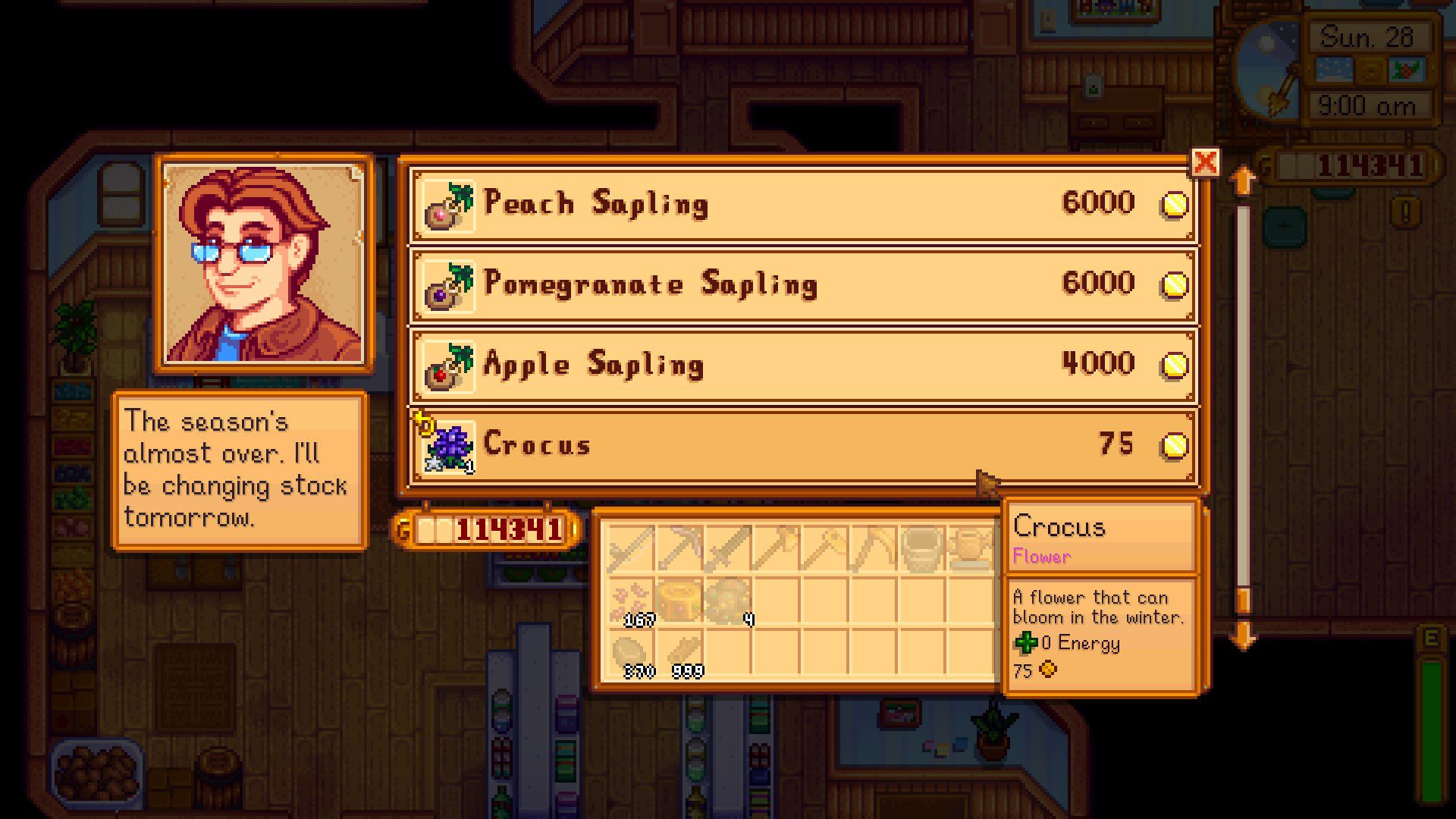 The PC update lets you buy or craft stacks of 25 items, and there’s also an item buyback option

There’s really no such thing as a “small update” when it comes to Stardew Valley, as every little bit helps reinforce this game’s (arguably) best-in-class status. So while this week’s PC update 1.5.5 isn’t going to make huge waves with everyone in the community, it’s got some great quality-of-life stuff tucked in, especially for Stardew Valley modders.

While the modding changes are more behind-the-scenes right now with a “future-proof” shift from XNA to MonoGame and “various internal changes” to accommodate Stardew Valley mod creators, who can now access “more than 4 GB of RAM,” there’s more to come.

If mods aren’t your scene at all, there’s still something here for you — namely, small but helpful new features and functionality. Here’s a recap of the quality-of-life improvements:

You can see the full patch notes, including bug fixes, over here. It’s live on PC.

Following 1.5.5, another PC update for Stardew Valley, version 1.5.6, will partially be a collaboration with SMAPI creator PathosChild; it’ll bring “some long-requested ‘holy grail’ changes which should make some aspects of modding much easier in the future.”

According to Stardew designer ConcernedApe, players can even expect “some new content in 1.5.6, too, but it’s not going to be anything huge like 1.5.”

Clearly, the creator can’t stay away from Stardew Valley for long — not even when he’s got another cool sim game in development. His dedication is the gift that keeps on giving.