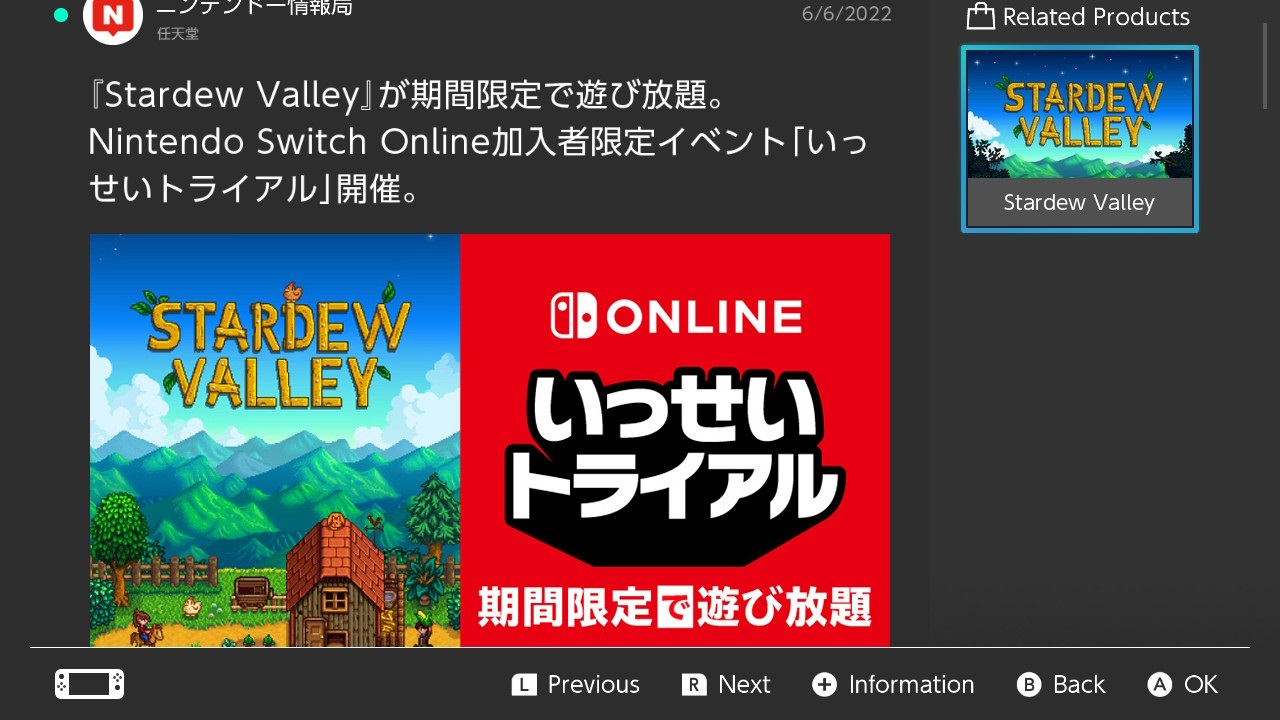 Back to the farm

Nintendo has been struggling to provide Switch Online perks to users for some time, but one such perk is occasional game trials: sparing preview versions of full games during certain windows. The next one will be a Stardew Valley Switch Online trial, limited to Australia, Europe, and Japan currently (NA is expected to get it at some point).

With my European and Japanese Switch accounts (they’re helpful for reporting!), I was able to see the notification in the “news” sections at the bottom of the Switch UI. The trial will run from June 13 (12:00 JST) through June 19 (17:59 JST). Australia even has an eShop page up for it.

If you somehow haven’t played Stardew Valley yet, now is the time, provided you’re able to take part in the trial. It’s tough to really put into words how magical this game is that hasn’t already been said, but suffice to say a few hours with it should give you a clue as to whether or not you’re going to be spending another 100 hours with it.

Also note that you should be able to take advantage of the extra My Nintendo mission points once the trial is live. As a reminder, if you want physical rewards, you can find our full Platinum Point guide here, which has been updated with details on weekly missions: bookmark it for when you need quick points for a reward.

[Update: As expected, this Stardew Valley Switch Online trial offer was added to the North American region this week. It’ll run from June 14 at 10AM PT until June 20 at 11:59PM PT. The game will also be 20% off during this time, and you can get 100 Platinum Points for participating in the trial.]