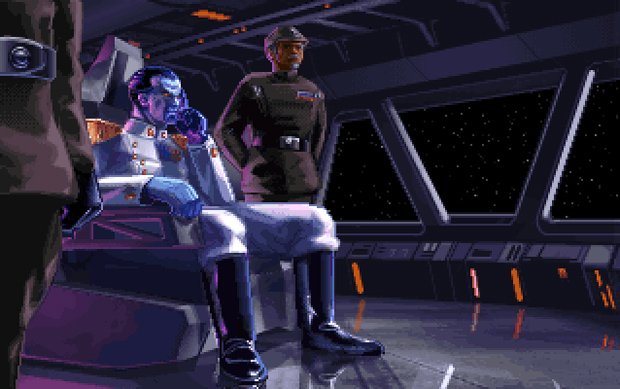 Around 30 games planned for re-release

Digital distributor GOG.com will expand its library with games from a mysterious publisher tomorrow — perhaps you’ve seen the countdown? Users recently dug up familiar-looking fonts suggesting it’s none other than LucasArts and they’ve now found even more convincing evidence.

Prying eyes have discovered forum threads (which have since been taken down) that spoil the surprise. According to one thread, GOG.com has partnered with Disney to release “about 30 classic titles” from LucasArts, six of which will be out tomorrow:

Those first three haven’t been available via digital distribution before. After all of the heartbreaking Star Wars game cancellations over the years, it’s nice to have good news surrounding the property for a change. I’m curious to see which SCUMM adventure titles will surface and when.