EA wasn’t planning to release anything extra for Star Wars: Squadrons – the creative director, Ian Frazier, said as much in an October interview – but that’s no longer the case. In a good way, I mean.

The support from fans has been “humbling” and “so much more than we could have hoped for.” As such, the developers are releasing a pair of updates – one in November, another in December – for free.

Squadrons‘ November 25 content update includes the classic “rework an existing single-player location so it’s suitable for multiplayer” move with Fostar Haven, a map based on the prologue mission. This “lawless” stretch of space will be playable as a “new experience” in Dogfight and Fleet Battles.

Several ship components are also on the way with Update 3.0:

As for the December drop, it’s planned to be the “final thank you gift for the holidays.” New ships? Yeah, new ships – two of ’em. Update 4.0 will add the B-Wing (including a Return of the Jedi cosmetic variant) and the TIE Defender. Frazier says the ships will feel distinct but “we’ve also made sure they aren’t outright better by default.” The Y-Wing and TIE Fighter will still have their place in certain situations. 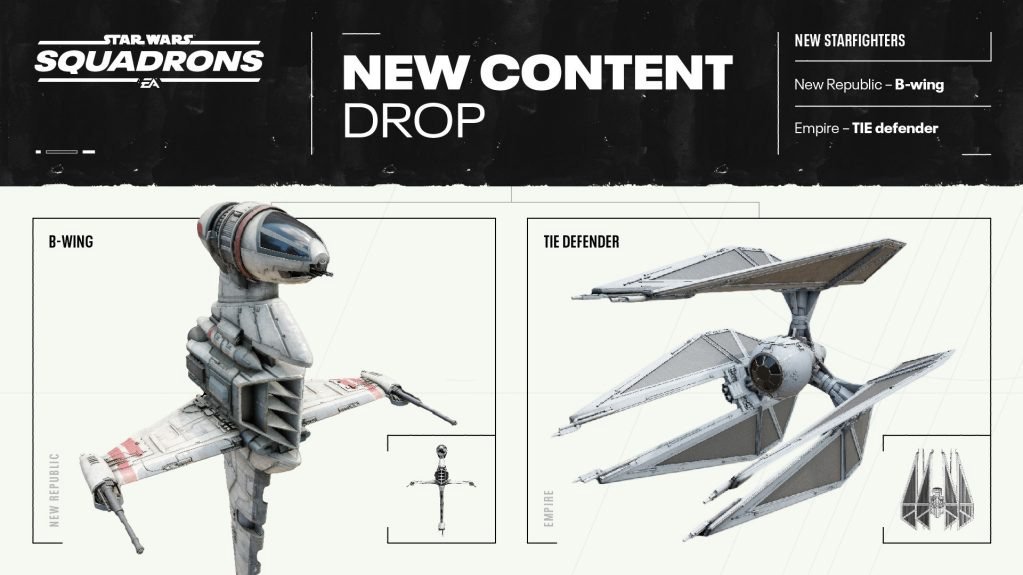 Squadrons‘ December update will also enable custom matches, which were “greatly requested” by fans. In custom matches of Dogfight and Fleet Battles, teams can have between one to five players, and there will be options for “things like hull/shield/damage modifiers, changing capital ship health, restricting certain starfighters, and other tools to help you change how you play,” along with a server browser to hop into “private matches made by your friends as well as public ones made by strangers.”

Those are the big new features, but bug fixes, tuning, and balance changes are also on the table.

Frazier describes Squadrons as a “labor of love,” and I think it shows – both in the game we got at launch and the game we’re about to end up with in December. Star Wars fans, especially game-loving Star Wars fans, have been through the wringer lately. It’s nice to have another W on the board.