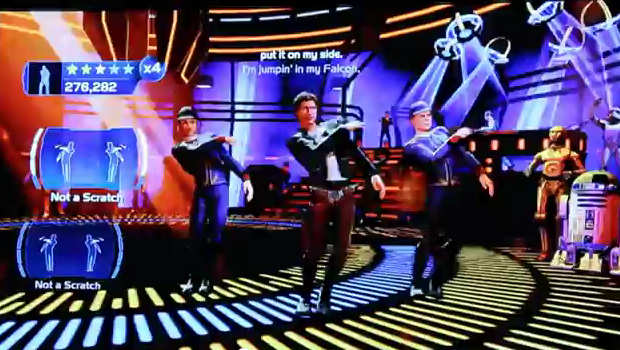 I will confess, I’ve not exactly been kind to Star Wars Kinect. In fact, I don’t think anybody‘s been particularly nice to it, as cynicism and mockery appears to accompany all talk of it. Well … allow Star Wars Kinect to return the favor, and make a mockery of you.

The above video features Han Solo and Lando Calrissian dancing to “I’m Han Solo,” and when I say dancing, I mean that Harrison Ford may be able to sue Microsoft for slander. In any case, this video puts paid to the idea that Star Wars Kinect is the motion-controlled Star Wars game that everybody’s been dreaming of.

Just … wow. As far as I’m concerned, Star Wars hasn’t had any dignity for decades, but this is truly jaw-dropping.