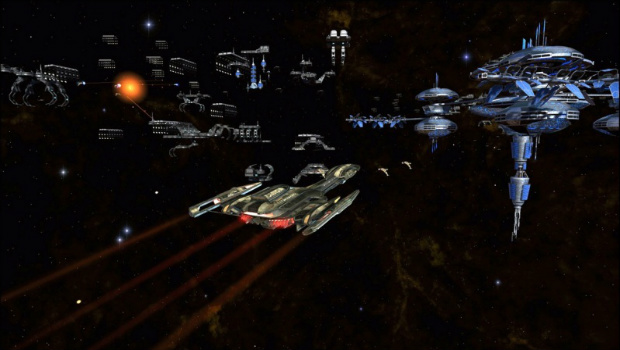 As of today, trekking through the stars has become considerably cheaper, it’s free actually. Cryptic Studios’ Star Trek Online has officially shifted to a free-to-play model. You can download it now from Steam or STO‘s website and get started on your Starfleet career. Free players will get a pretty similar experience to their premium counterparts, with some of the limitations going away after playing the game for more than 20 hours. To see the full list of differences between account types go here.

I played STO a bit last year after initially being put off when I played the beta. The game had improved significantly, mainly thanks to the episodic content Cryptic added. These episodic missions were a lot more reminiscent of the TV series’ and had the added bonus of a pretty unique reward at the end of the series. Cryptic also gave creative players the opportunity to make their own missions via The Foundry. Free players will not be able to construct their own adventures, but they will have access to other players’ creations.