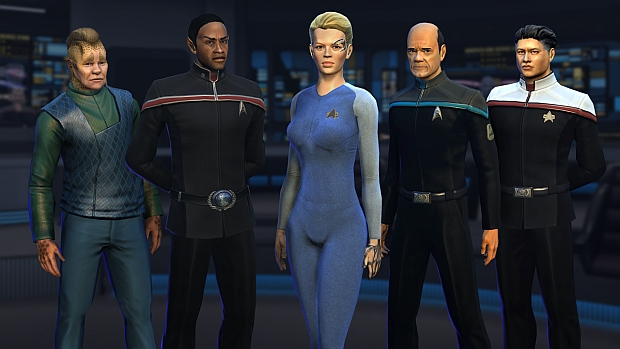 To Boldly Go Where Captain Janeway Went Before

Get your replicator rations ready, folks, because Star Trek Online is about to get itself catapulted by weird aliens to the Delta Quadrant, which was last visited in the 1990’s by the Star Trek: Voyager TV series.

Most important, perhaps, is that Delta Rising will raise Star Trek Online‘s level cap for the first time in years, from level 50 to a new maximum of 60. The expansion will also include new tiers of playable starships and gear, as well as new systems for player progression beyond the level cap. More details on the new additions are available at the official site.

As bad a rap as Voyager gets in Trekkie circles, I’ve still got a special place in my heart for Captain Janeway and her crew, so I’m actually kind of stoked to see the game revisit that territory. Let’s just hope there’s no mission where players go to Warp 10 and then devolve into weird amphibian things because SCIENCE. That would be silly.