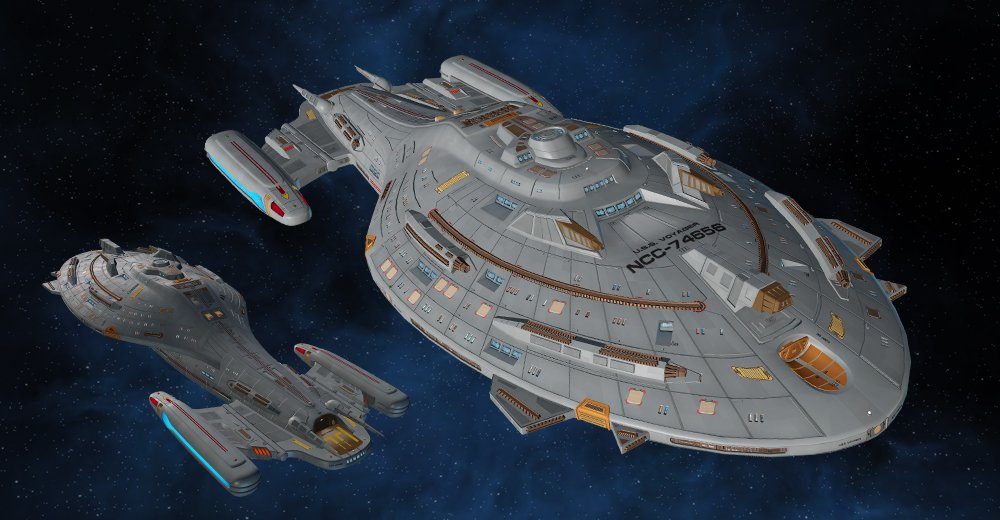 Prices to tickle a Ferengi’s lobes

It’s still hard for me to believe that Star Trek Online has been around for ten years at this point, but it’s true: The game my Steam clock tells me I’ve played the most of any game ever (with more besides that, since I was playing STO long before it showed up on Steam) is still a going concern, happy to tickle Trek fans’ fancies with lovingly crafted appeals to their nostalgia.

Speaking of which, developer Cryptic has unveiled what might be STO‘s ultimate play for fans’ cash yet: A special Anniversary “Legendary Starship Bundle,” gathering ten of the “hero” ships from Star Trek films, TV, and the game itself into one convenient purchase. The bundle includes the lead ships from Star Trek: The Next Generation and its films, Deep Space Nine, Enterprise, Discovery, and Voyager, in addition to three versions of the iconic Original Series Constitution-class, and Star Trek Online‘s own original design, the Odyssey-class.

Those familiar with Star Trek Online might be confused, seeing as all of the above ships already exist in the game, and have been available for years, in some cases. Rather, what’s being sold are unique “hero” configurations of the ships that also include, as part of the package, all of the existing variant skin and cosmetic options currently available, as well as unique visual options not available anywhere else. For example, the “Legendary” version of Star Trek Voyager‘s Intrepid-class starship has access to the Miracle Worker ability spec, unlike other Intrepid-derived ships. It can also wear the Intrepid-derived skin options, and comes with an extra “Warship” skin that makes it look like the “Warship Voyager” from the  fourth season episode “Living Witness.” Other unique visual options are inspired by or directly drawn from alternative concepts like the never-produced Star Trek Phase II TV series, or even fun things like a set of fighter jet-style nose art pieces to decorate the deflector arrays of the U.S.S. Defiant with.

It’s a bit complicated, but what’s easy to grasp is that the Legendary Bundle commands a Legendary Price: almost 30,000 of Perfect World’s Zen currency, which at basic rates would cost nearly $300 USD, more than the cost of a lifetime “gold-tier” subscription, and making the bundle the single most expensive purchase in STO history. It’s a lot, even with the current, 35% opening discount (available until February 27). As if to rub it in, Cryptic hasn’t confirmed if the Legendary variants will be sold separately later on.

I always wished that Star Trek Online would make it a little easier for fans to just pony up for the ship they remember from their favorite TV show, but I’ve gotta say this isn’t how I imagined they’d take my advice.