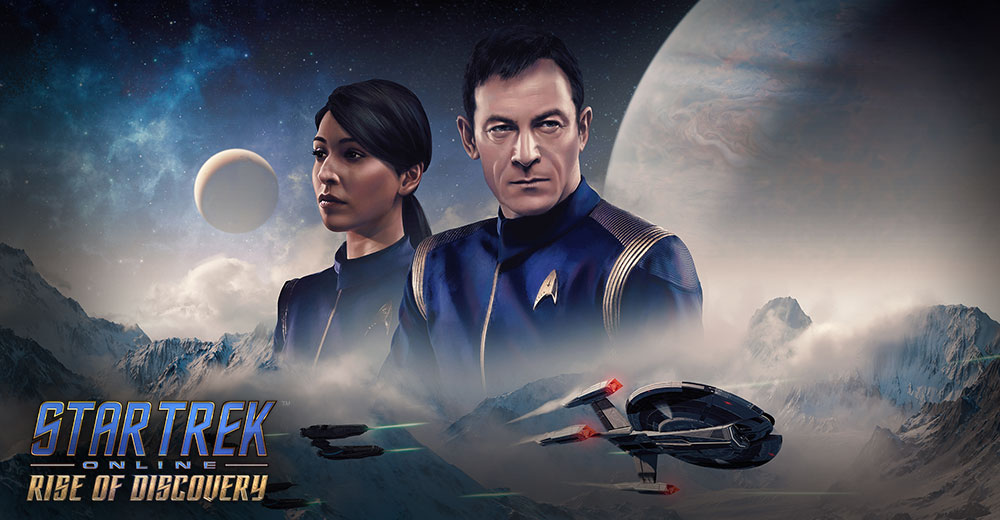 Whatever you might think of it, Star Trek Discovery is the Trek show of record in 2019, after a lengthy absence from regular broadcast. That in mind, it’s not surprising that Star Trek Online, which also managed to maintain status as the Trek game of record for much of the last decade, is leaning into Discovery-related content this year. As with the last couple of major content updates Age of Discovery and Mirror of Discovery, the devs at Cryptic studios are continuing the trend with Rise of Discovery, a new dose of story and multiplayer content set in and around the time period of the show.

The new drop, dated for a May 14th debut on PC (with console versions to be updated after), will feature content voiced by Discovery cast members Jason Isaacs and Rekha Sharma, who played Gabriel Lorca and Ellen Landry, the Captain and Chief of Security for the U.S.S. Discovery during the show’s first season. Rise of Discovery will be a bit of a prequel, though, as players will encounter Lorca and Landry on the U.S.S. Buran, their previous assignment before taking over the Discovery. Check out a teaser trailer for the expansion below.

Besides the story content, players can also look forward to new playable starships (likely the Cardenas-class, the Buran‘s ship class), a new reputation grind for high-quality gear and cosmetics, and interestingly, a major tweak to the progression. “Tier 6” Starships, which used to be playable only by high-level players, have been adjusted to be available to any player, adjusting their capabilities and stats as the player levels up. That means a new player or someone starting another character will gain access to their strongest ships from the get-go, speeding the typical leveling curve, as well as enabling the more traditional Star Trek experience, where audiences typically stick with a single ship or location for the duration.

I don’t play as much STO as I used to, but it’s nice to see that a game nearly ten years old at this point can still receive substantial mechanical tweaks like this, alongside the usual slew of regular content.