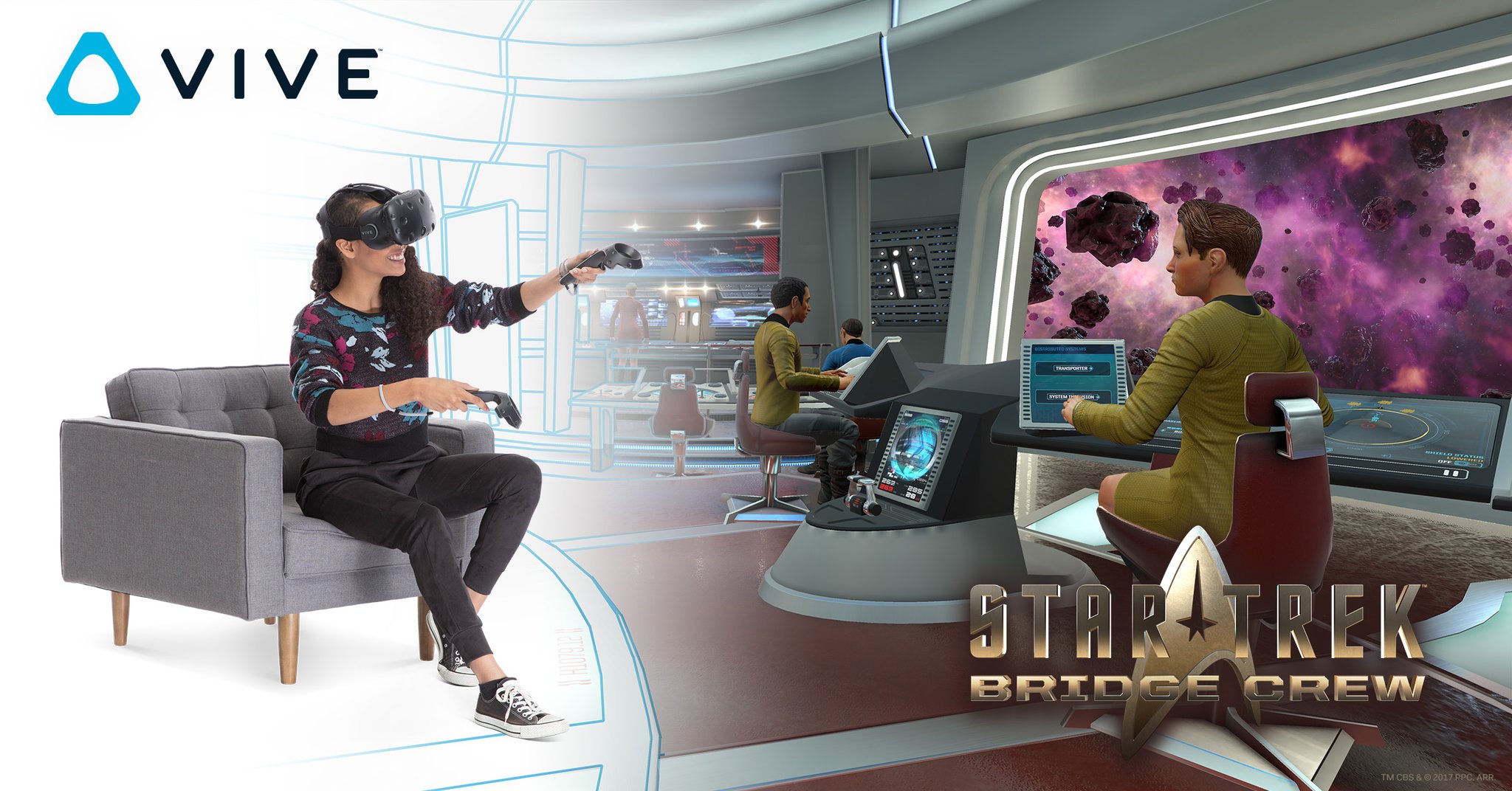 Darmok and Jalad at Tanagra

If you’ve been on the fence about picking up a VR headset and also happen to be a giant Trekkie, HTC has some good news from you. Going forward, HTC says that every Vive headset it sells will come bundled with a copy of the multiplayer stress simulator, Star Trek: Bridge Crew.

As its name would imply, Bridge Crew puts you and three other players in critical roles on the bridge of a starship in the midst of a deep space exploration mission. The game itself has been hit with a number of delays, so at the very least a bundle like this is a nice little treat for anyone that was waiting on this specific game to pick up a VR headset.