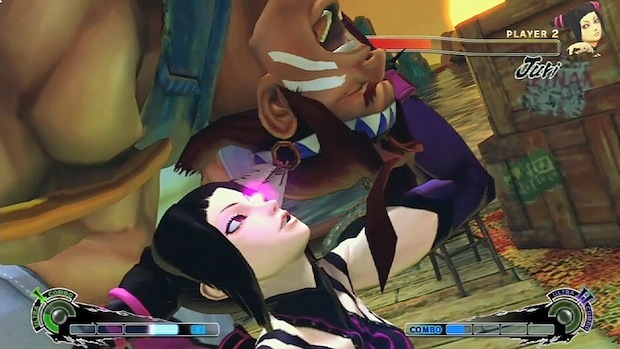 I’ll admit that I was turned off by the announcement of Super Street Fighter IV. I suppose I’ve become a bit update-expectant in this age of downloads. But after reading a few previews and listening to Capcom’s Seth Killian speak on the latest episode of 1UP’s “4 Guys 1 Up,” I’ve become convinced that a full disc release is a good thing. New characters like Juri, T-Hawk, and Deejay won’t be the sole additions to this latest SF title — Capcom is also rebuilding and perhaps even fixing several components.

And as the images in the gallery show, online is receiving some very welcome tweaks and add-ons that should give this game some legs.

Speaking of legs, every announced SSFIV character has them. In the above and in the below trailers released this afternoon by Capcom, watch the three new fighters use their lower and upper appendages against each other in non-mortal combat.