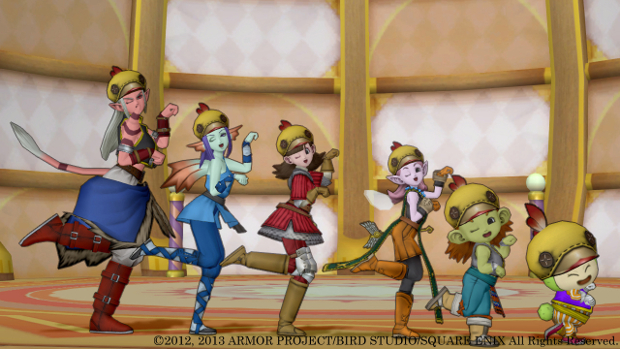 There will be slime gear in Final Fantasy XI, as well as an appearance by XIV‘s Spriggan. Both have related gear and can be controlled. Meanwhile, XI‘s black mage Shantotto will show up in Final Fantasy XIV and can be fought via FATE. If you beat her, you get her as a minion. That’s a heck of a demotion. The tiny golem minion comes from defeating giant Dragon Quest golems in a FATE.

Shantotto will also be making an appearance in Dragon Quest X. Help her out and receive a chocobo hat. The cactaur mask comes from a sidequest assigned by a moogle.

I should make a cactaur mask.