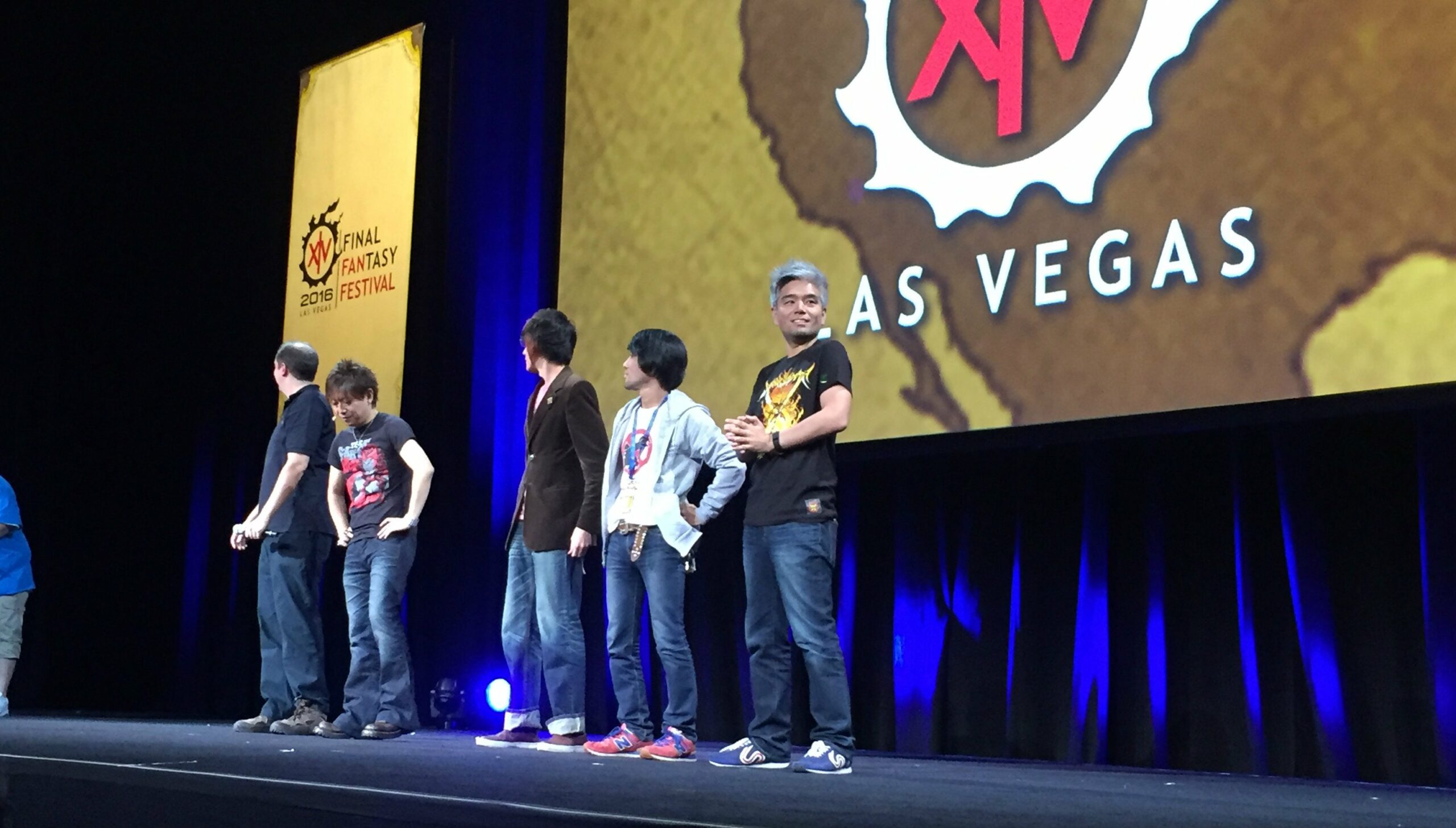 Today, live at the Final Fantasy XIV Fanfest event in Las Vegas, series producer Naoki Yoshida (Yoshi-P) took to the main stage in the opening keynote to announce Stormblood, the next expansion in the XIV series. It’ll debut in “early summer” 2017, and will complete the game’s transition to 4.0, following the 2.0 A Realm Reborn reboot and the 3.0 Heavensward expansion.

From now until 4.0 arrives, the story will flow seamlessly into Stormblood with future patches, just like Heavensward did. The new narrative will center around the desert town of Ala Mhigo, and the struggle of “two decades of oppression” from the Garlian Empire occupation, lead by Zenos Yae Galvus, with a focus on the Monk job. It’ll have a new hub area in Rhalgar’s Reach, as well as a revamped battle system, and an increased level cap to 70. The team mused that said overhaul will involve “shared role skills” to make things easier to swap in and out (though they didn’t expand on whether or not a Paladin for instance would be able to sport Holmgang, as well as “removing or altering” useless unused skills.

Although they’re saving specifics for future Fanfests across the world, there are at least two new jobs, and one of them seems to be a Dancer. Though, Yoshi-P did note that his “Scarlet Witch” shirt (of Marvel fame) hinted towards one of the upcoming jobs, a strong indication that Red Mage will make it in. As far as content goes it’ll be “no less than Heavensward” (which was a pretty big expansion), and will feature new Primals (summons), a fourth residential zone (which wasn’t revealed, but it was noted that “many players” wanted one in Ishgard — a tactic that will keep it relevant), dungeons, raids (as well as alliance raids), as well as the “Eureka” zone, which is an open-world exploration area like the previously released Diadem, and is heavily tied to Artifact weapon development and will feature at least one world boss.

Inventory expansion was also confirmed (which got the biggest rise from the crowd), and a better server rollout for release, which includes putting money back into more servers. There’s also going to be a new strategy involved regarding the inventory bit — only rolling it out once things have cooled down and people can log in. Heavensward was definitely better than A Realm Reborn was as I was able to get in the afternoon of it’s launch (ARR took me nearly a week), but it could have gone smoother.

A few more technical things were shared at the tail-end of the keynote, including the warning that they’re raising the minimum PC specs, and strongly requesting that people upgrade to 64-bit, and another expected development — they’re dropping PS3 support altogether. Though, like Destiny, you can upgrade to the PS4 version for free if you want, and it will be supported until the launch of Stormblood.

It’s all great news, and we could definitely use a new expansion to shake things up. I’m actually at Fanfest itself, and I’ve already seen a lot of amazing custom made guild shirts, cosplay, and enthusiasm that I’ll share with you all later this weekend. For now, you can watch the teaser below.