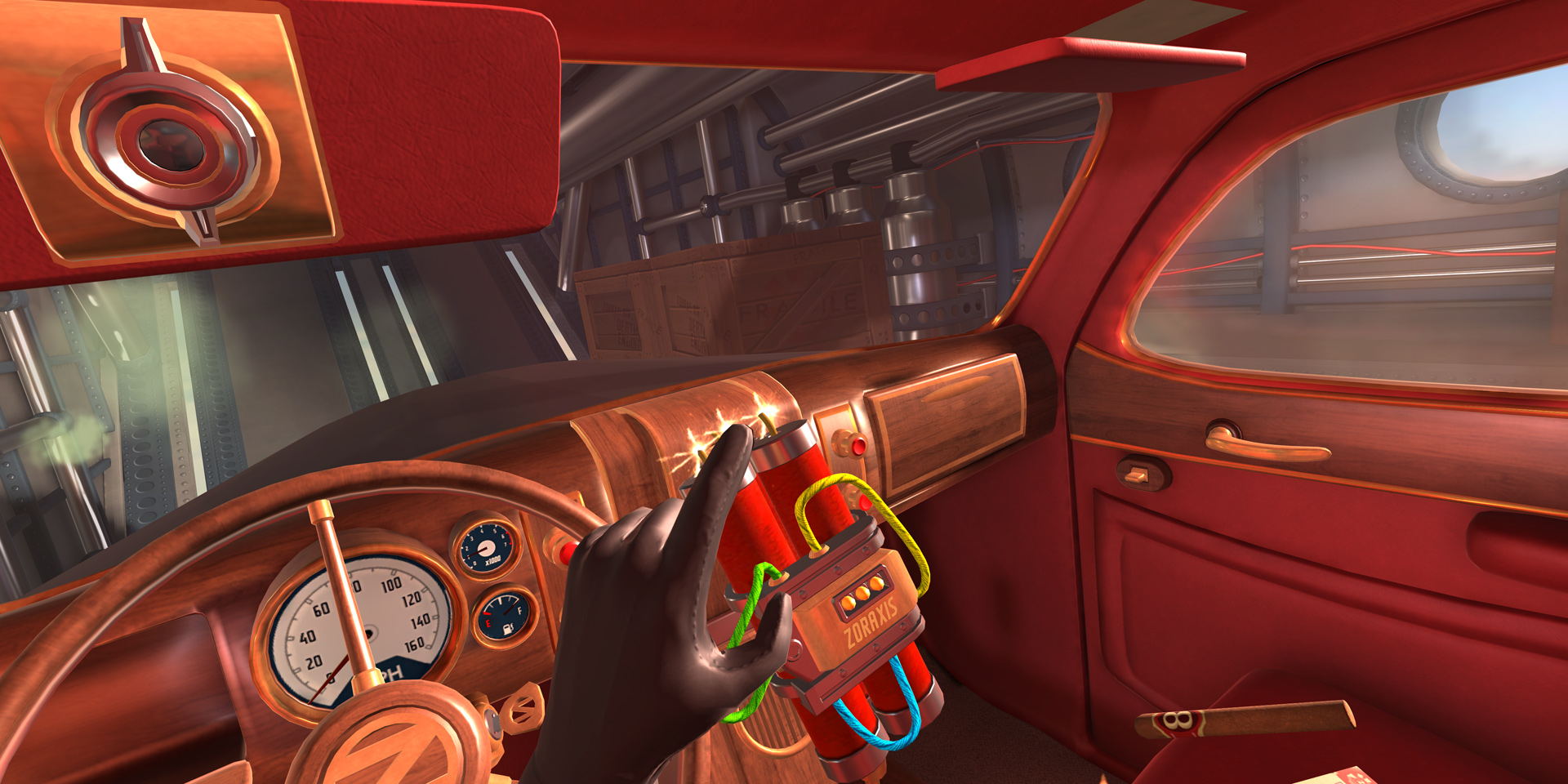 Due out in December

How to make a game about dying that isn’t frustrating? “Always have at least one clue before a death trap,” says design director Shawn Patton, and “[m]ake it clear why you died so you’d learn for the next playthrough.” These are the two rules of Schell Games’ I Expect You To Die, a spy-tinged escape-the-room puzzle game coming soon to Oculus Rift and, as recently announced, PlayStation VR.

“We decided that starting fresh each time was important, but armed with the knowledge you gained from the previous run, you’d be able to quickly progress to where you left off,” explains Patton. “That’s why we consciously avoided any long timing puzzles, like avoiding swiveling security cameras for instance. Puzzles like that are questionably fun the first time and can quickly become annoying on subsequent playthroughs. This focus on letting the player progress through the puzzle as fast as they can lets them get back to where they left off quickly and allowed us to make speed-run challenges.”

I’m still chipping away at several of the PlayStation VR launch games but I know that come December, I’ll want to play this. It seems very much in line with two of my favorites so far, Job Simulator and Keep Talking and Nobody Explodes. You’ll also be able to find it on Oculus Rift beginning December 6.

Introducing I Expect You To Die on PS VR [PlayStation Blog]