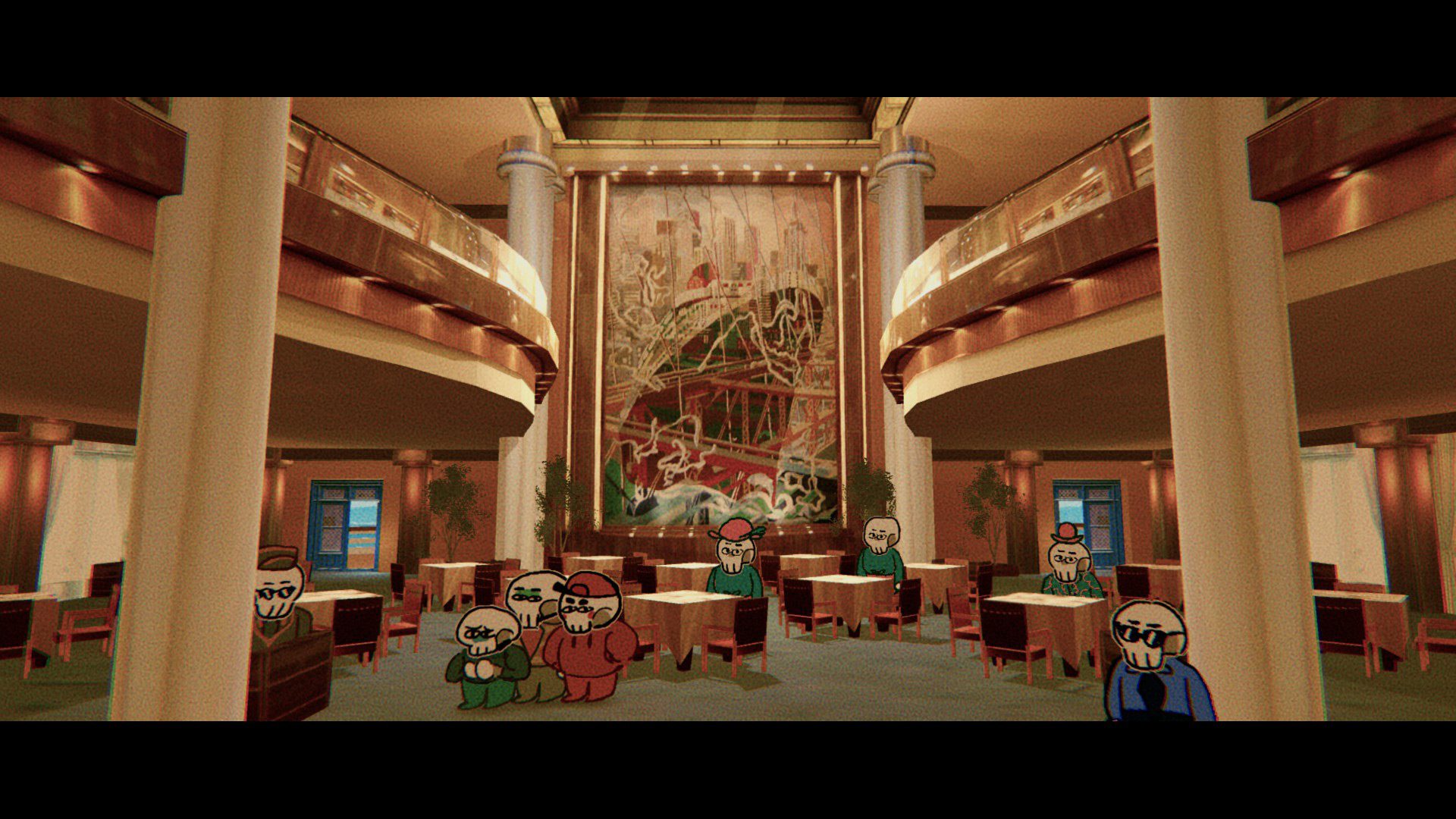 An exclusive new trailer and our first impressions

I’ve long wondered why more game developers haven’t taken the WarioWare format and stretched it out in any number of interesting directions beyond the basic idea of zany, chaotic, fast-moving “microgames” that are individually super disposable but ultimately add up to something hilarious and long-lasting. I just can’t get enough of Nintendo’s hijinks here, even in a year where we are getting a new entry. As such, I’m very into Spookware, a morbid yet silly spin on WarioWare that’s built upon a road-trip adventure.

First, the latest trailer, which sets up the “horror-inspired” tone.

Did I mention that you get to stroll around as a trio of teenage skeletons in a Paper Mario-esque cutout world, chatting up NPCs along the way? Oh, it’s a great setup. 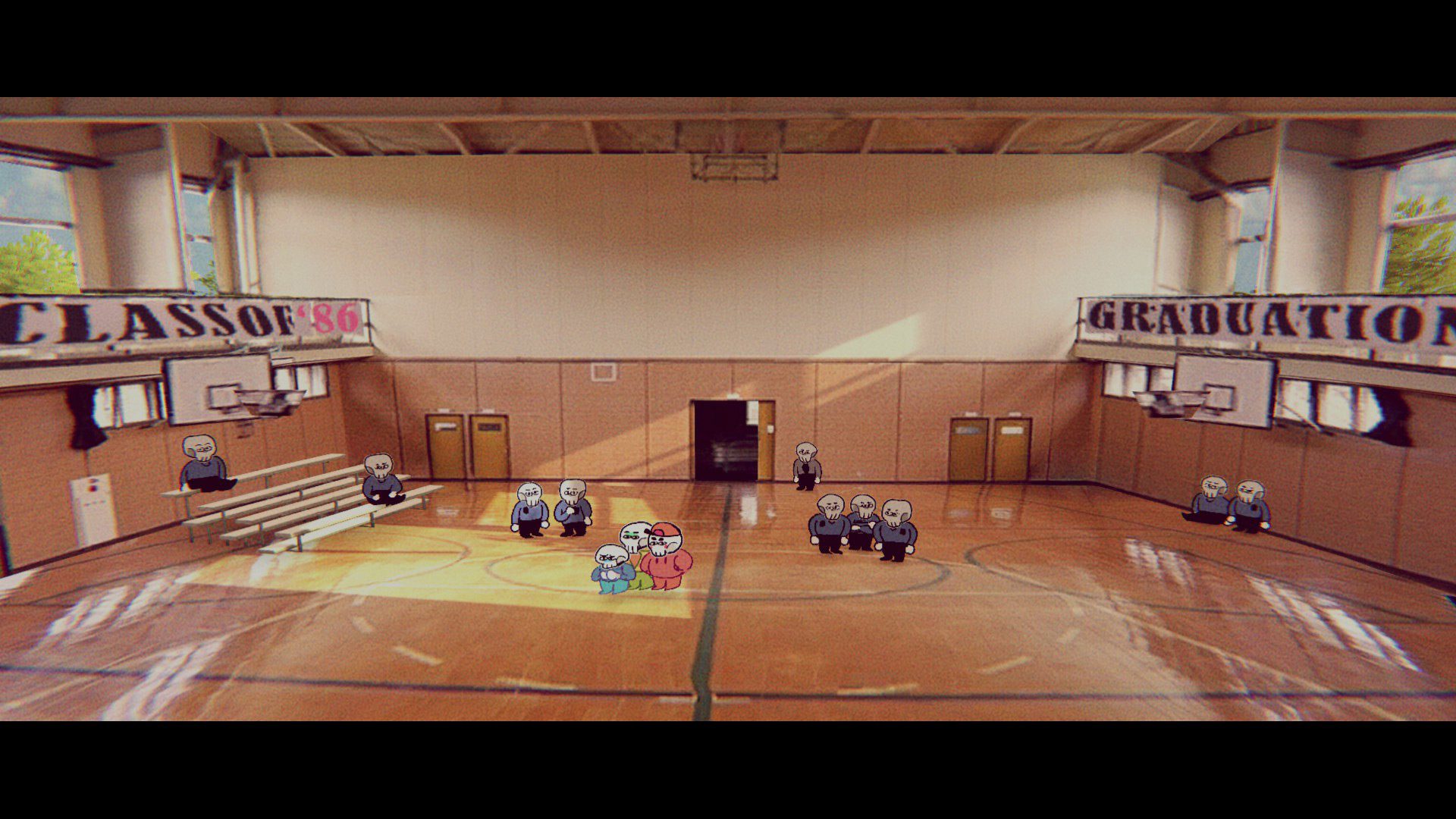 There’s this fantastic blend of 2D and 3D styles with diorama-like rooms to duck into when you aren’t trying to survive a microgame gauntlet. The characters in Spookware are cartoonish — visually, and also personality-wise — yet they’re blended into a world where video game graphics and real-world photography collide. I really like the aesthetic. It’s lo-fi in all the right ways, and it feels purposeful, not random for the sake of it.

In a preview build of Spookware for PC, I played through the entirety of the first two chapters, and I also dipped into the third. I’ll keep that one a mystery. 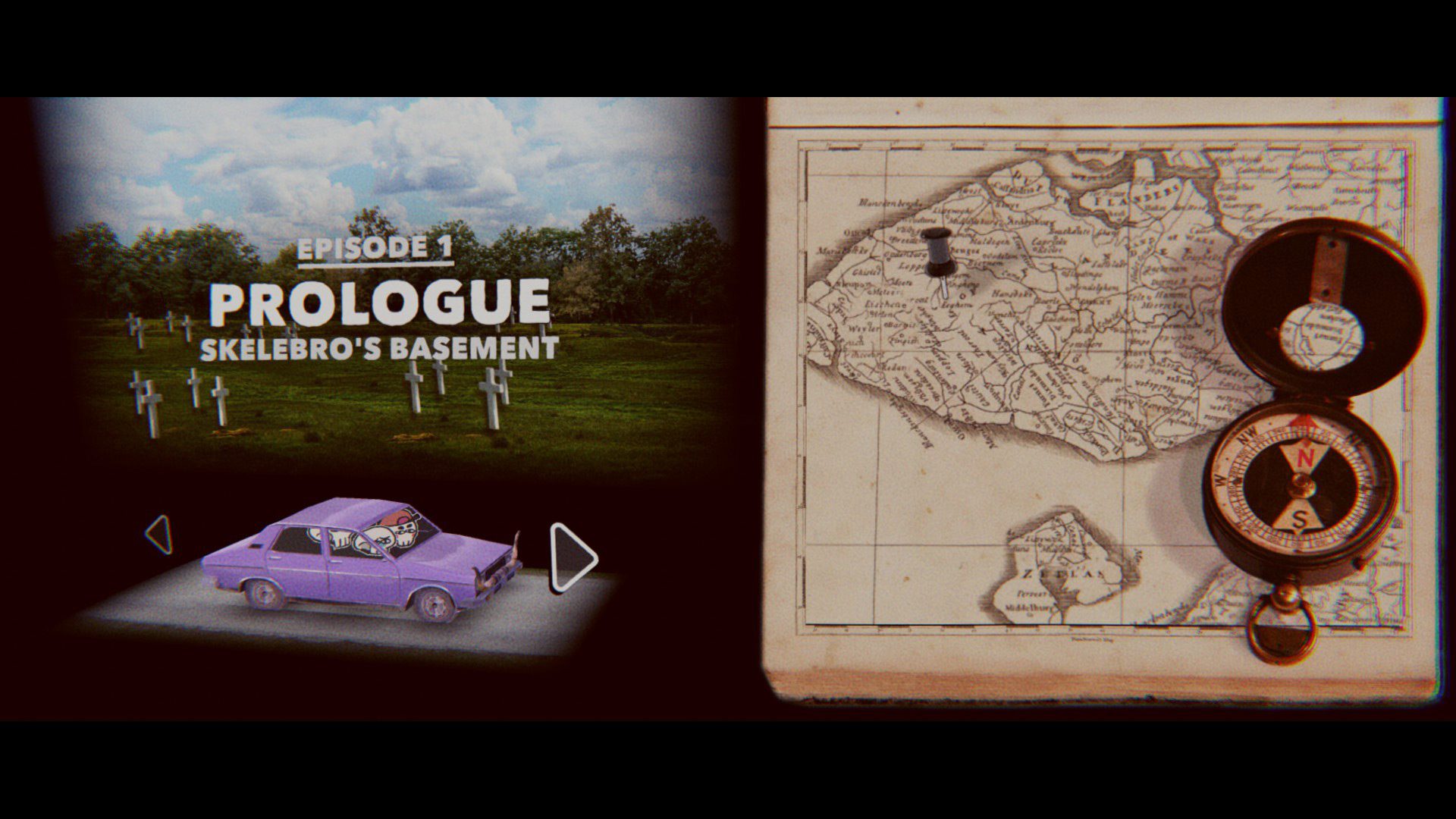 Each chapter is a self-contained area, including Gruelling High — a high school in need of a fully assembled band — and La Bonne Cruise, a ship with a murder mystery to untangle.

The bulk of my time in Spookware was spent walking around, talking, and looking for the right skeletons and/or items needed to move the story forward, with some light adventure gaming. It’s nice and breezy, so you won’t get bogged down with mechanics.

I didn’t necessarily expect the game to be like this, but I dug the dialogue — and again, the entire look of the world — enough to enjoy it, and the pace is just about right. (So far, I’m two hours in.) The high school chapter was a little straightforward, whereas the cruise ship felt like a more fleshed-out experience. I had to pinpoint the culprit by hearing out their alibi and then objecting with the right physical evidence at the right moment. 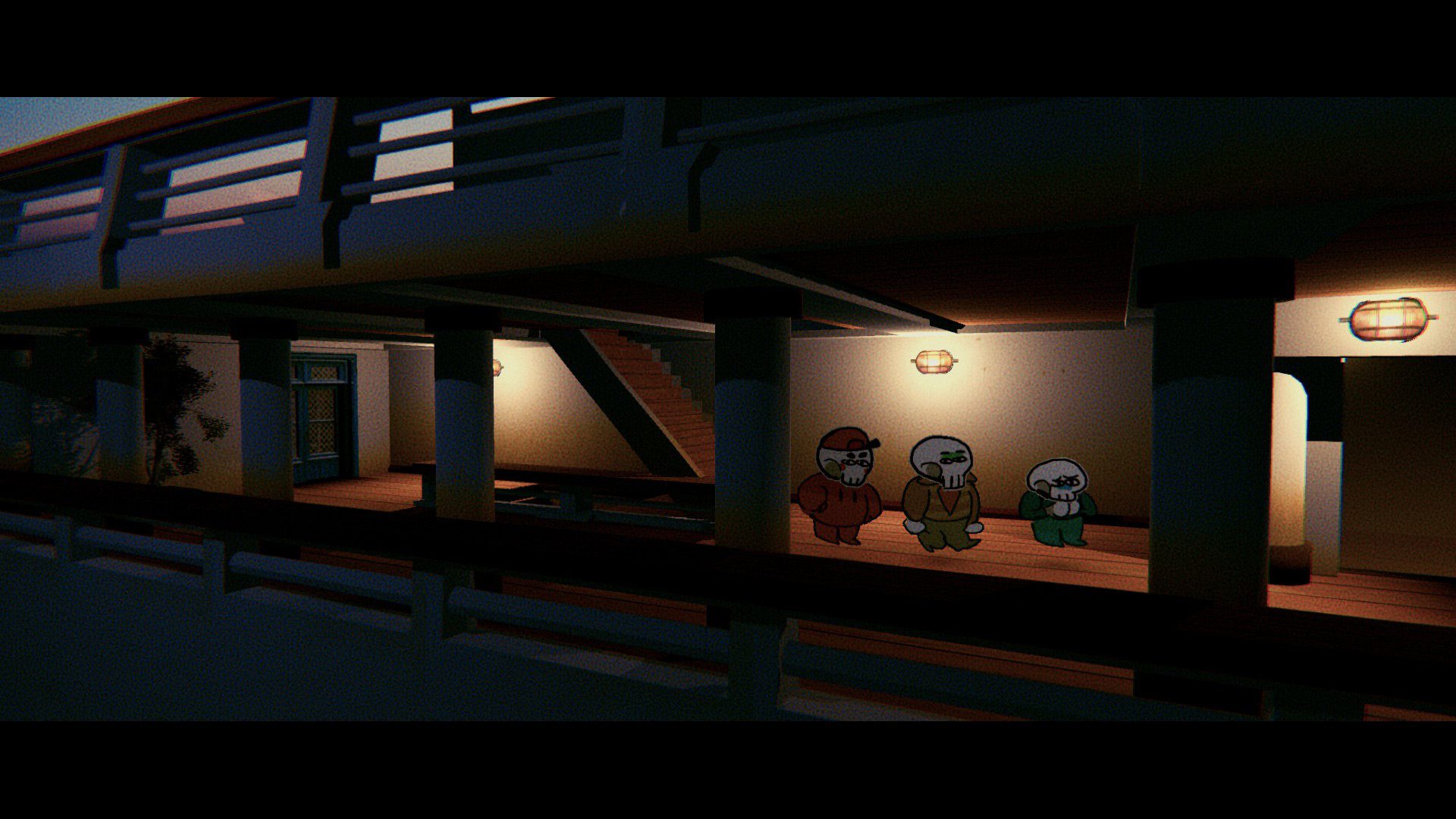 I’m hesitant to overshare, since novelty and humor are a big part of the appeal here, but each chapter (as well as a prologue) has a microgame challenge for you to clear.

In each set, you’ve got nine “tapes” (microgames) to beat and only three chances to screw up, which might sound like plenty, but I’ll admit it: there’s a learning curve.

A few of the gauntlets were tricky enough that I needed several attempts to finally push through and beat their “boss” challenge. In one case, I lost enough times that I was allowed to ditch one of three microgames that were giving me hell. So long!

On the whole, these wacky activities are tougher than the average WarioWare fare. 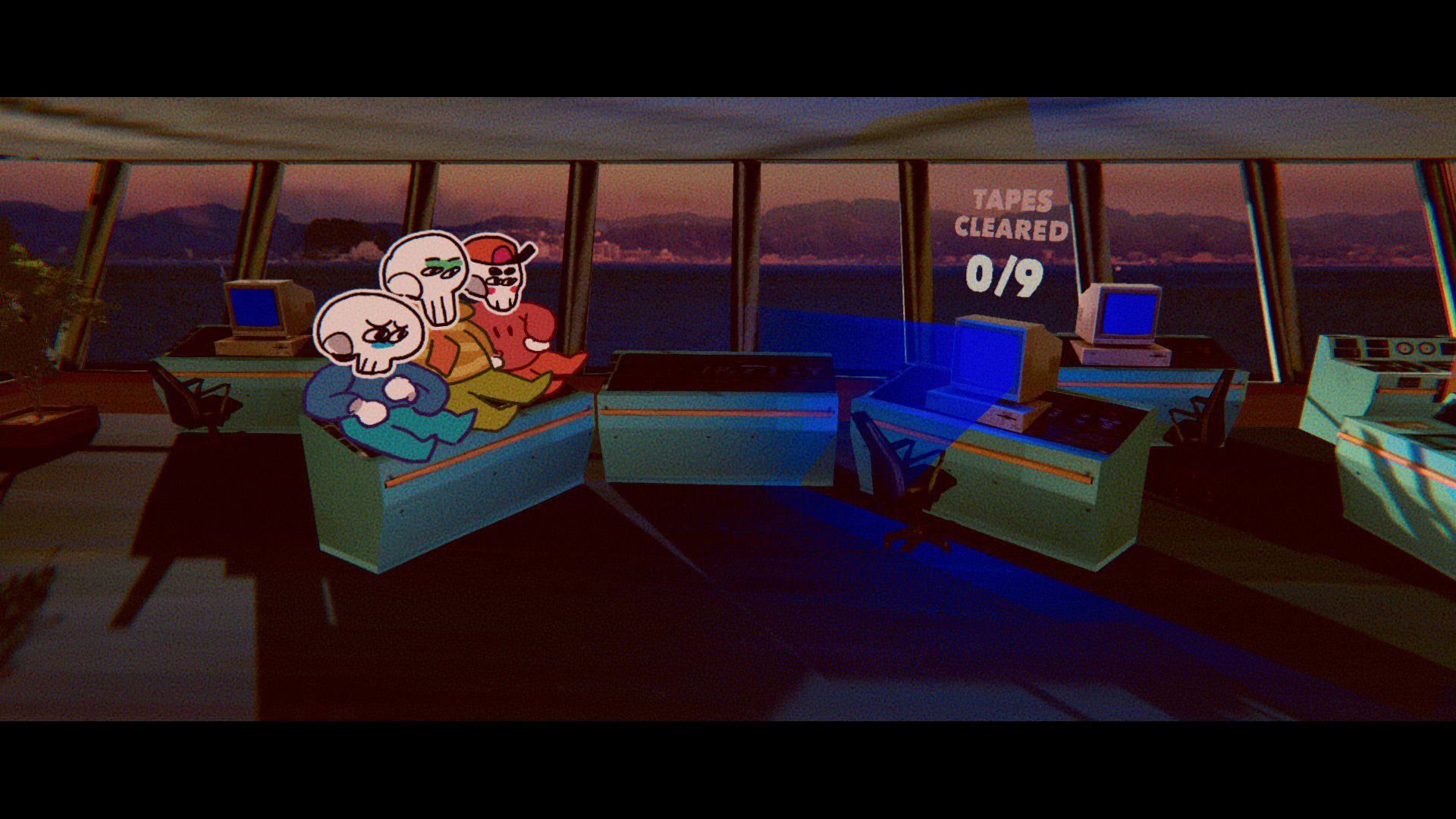 The microgame controls either use the arrow keys or the mouse, and you’ll know what you’re getting into beforehand. Really, the challenge is timing and reflexes.

Many of the microgames are just complicated enough that, by the time you realize what you’re mechanically meant to do, it’s too late. A few of them could be more forgiving.

That said, when you’re slicing melons with a guillotine, hopping around a chessboard as a ghost-dodging pawn, or releasing “mustard” onto a hotdog by slicing up some dude’s hairy arm with a pair of scissors, failure doesn’t sting too bad. There’s some wild shit in here. I get the sense that no one is really meant to master every microgame on their first attempt, and I’m largely okay with that in this more story-driven game structure.

A few microgame examples to get you in the right headspace: 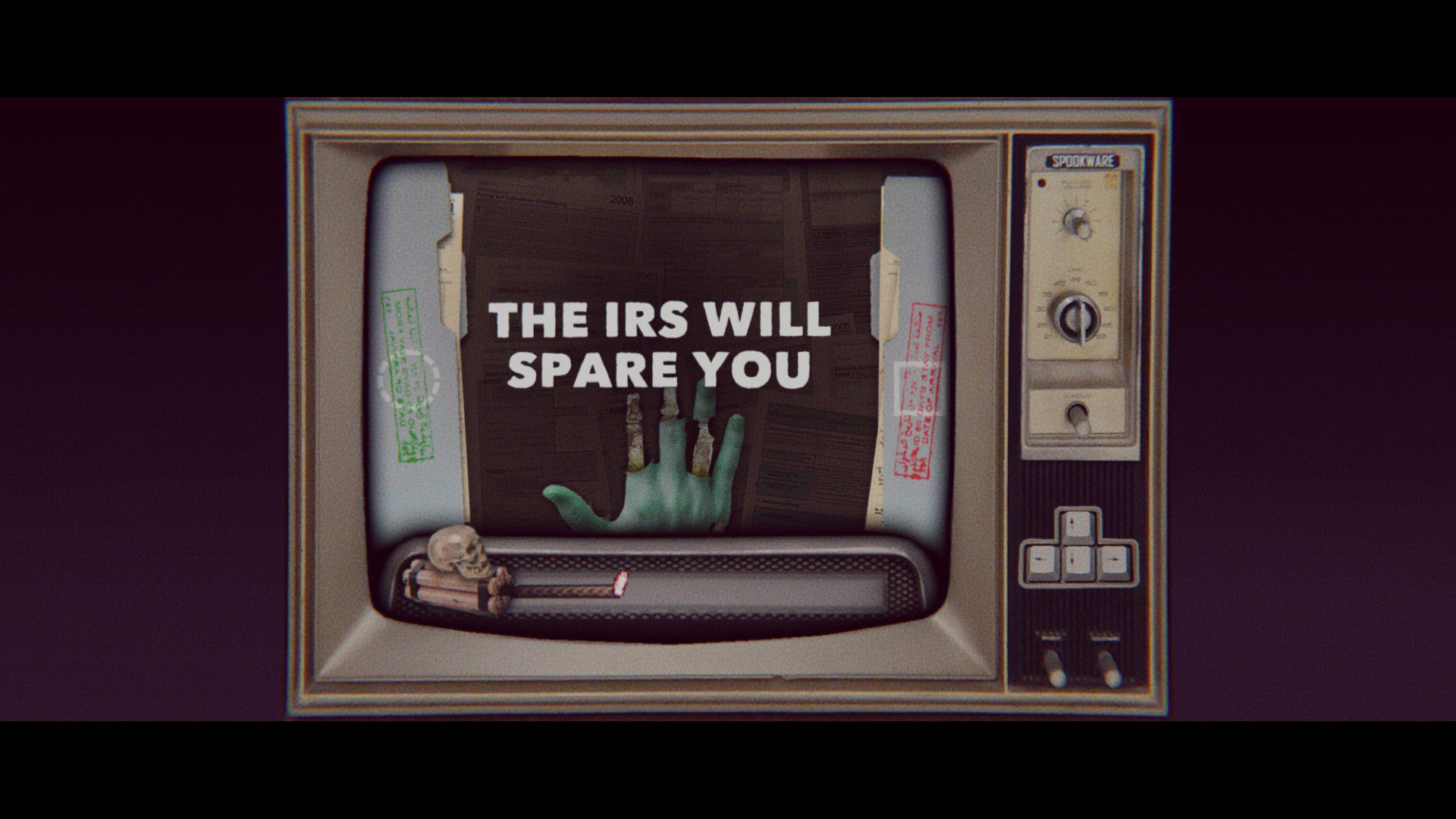 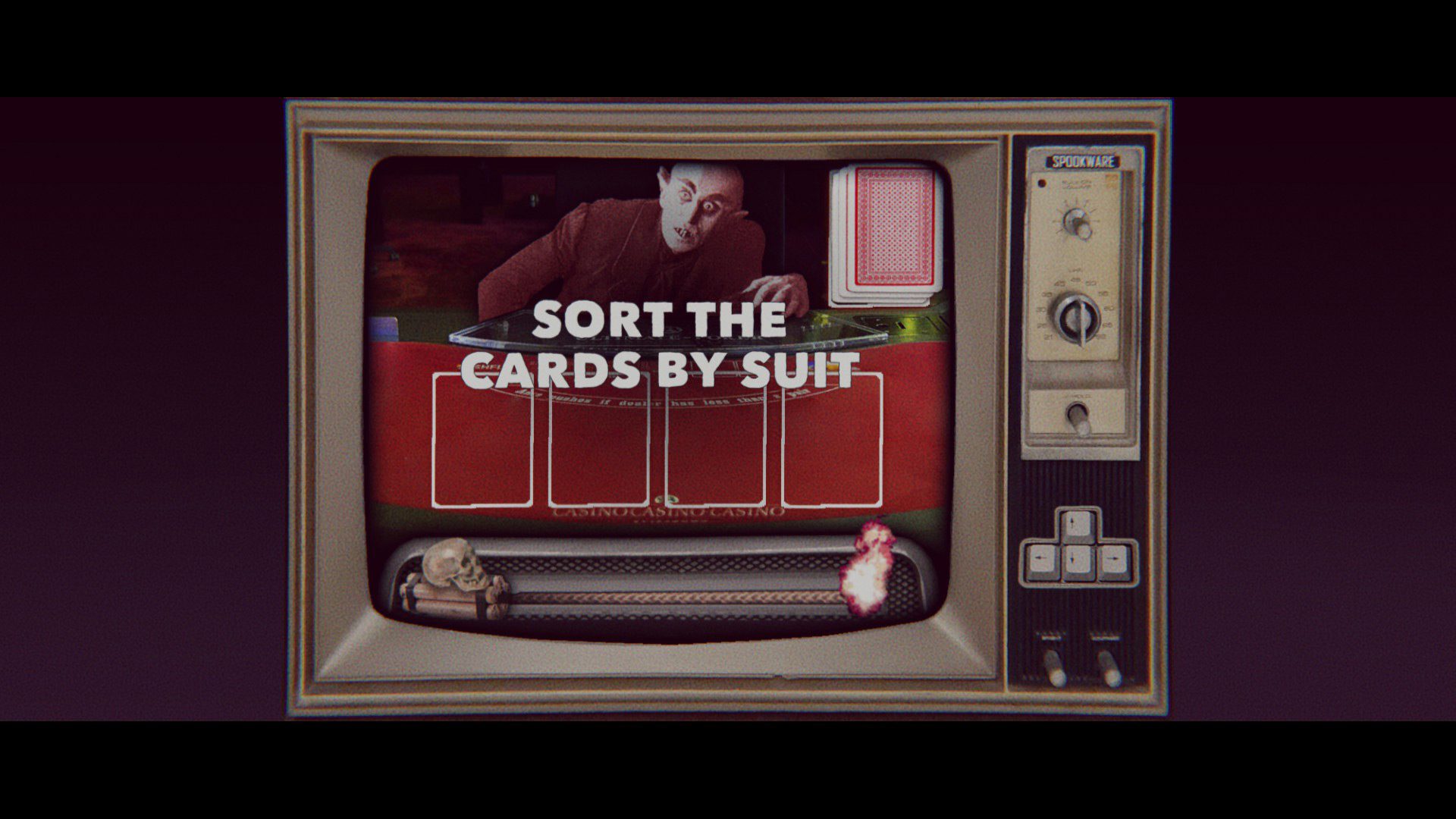 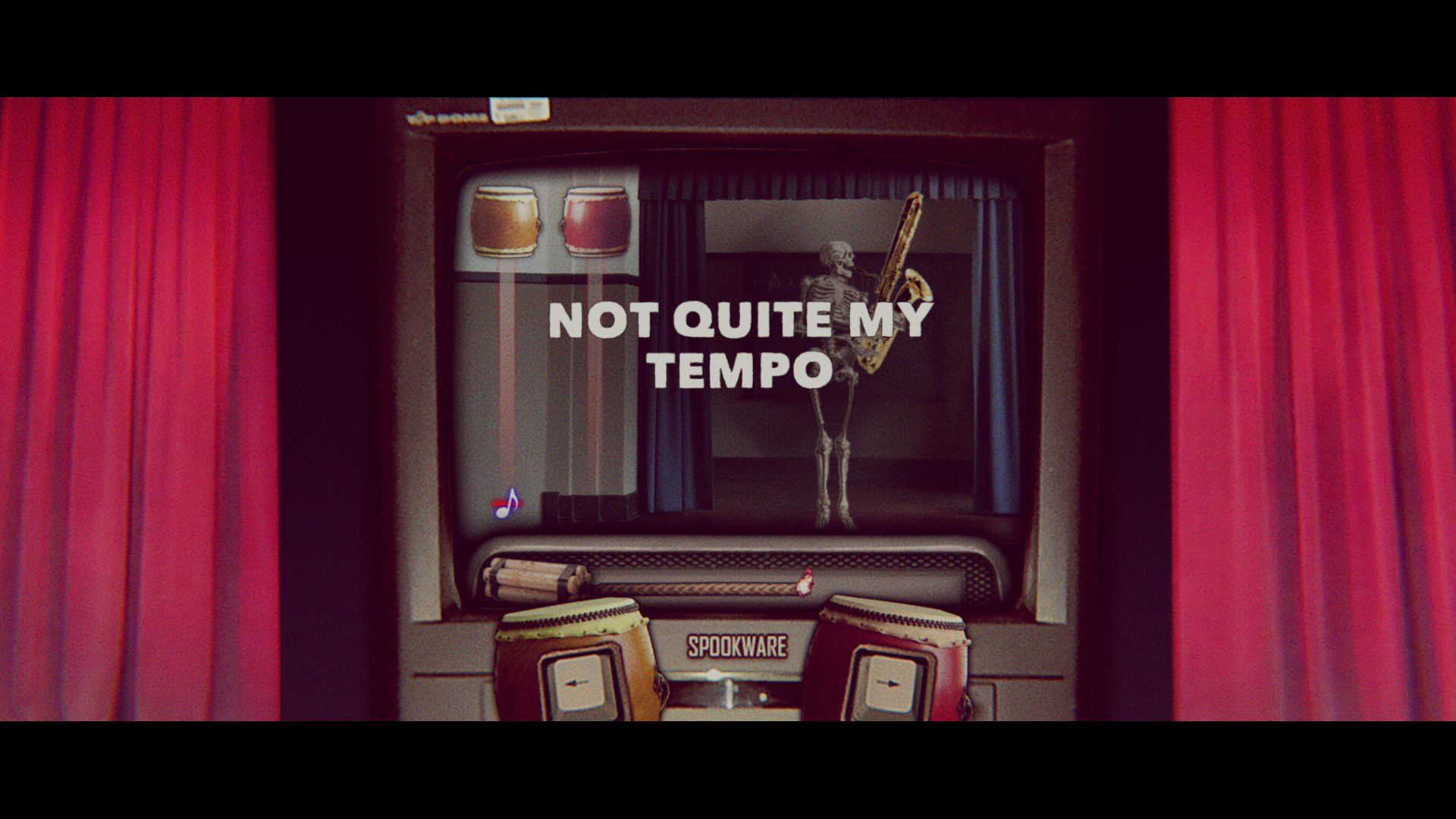 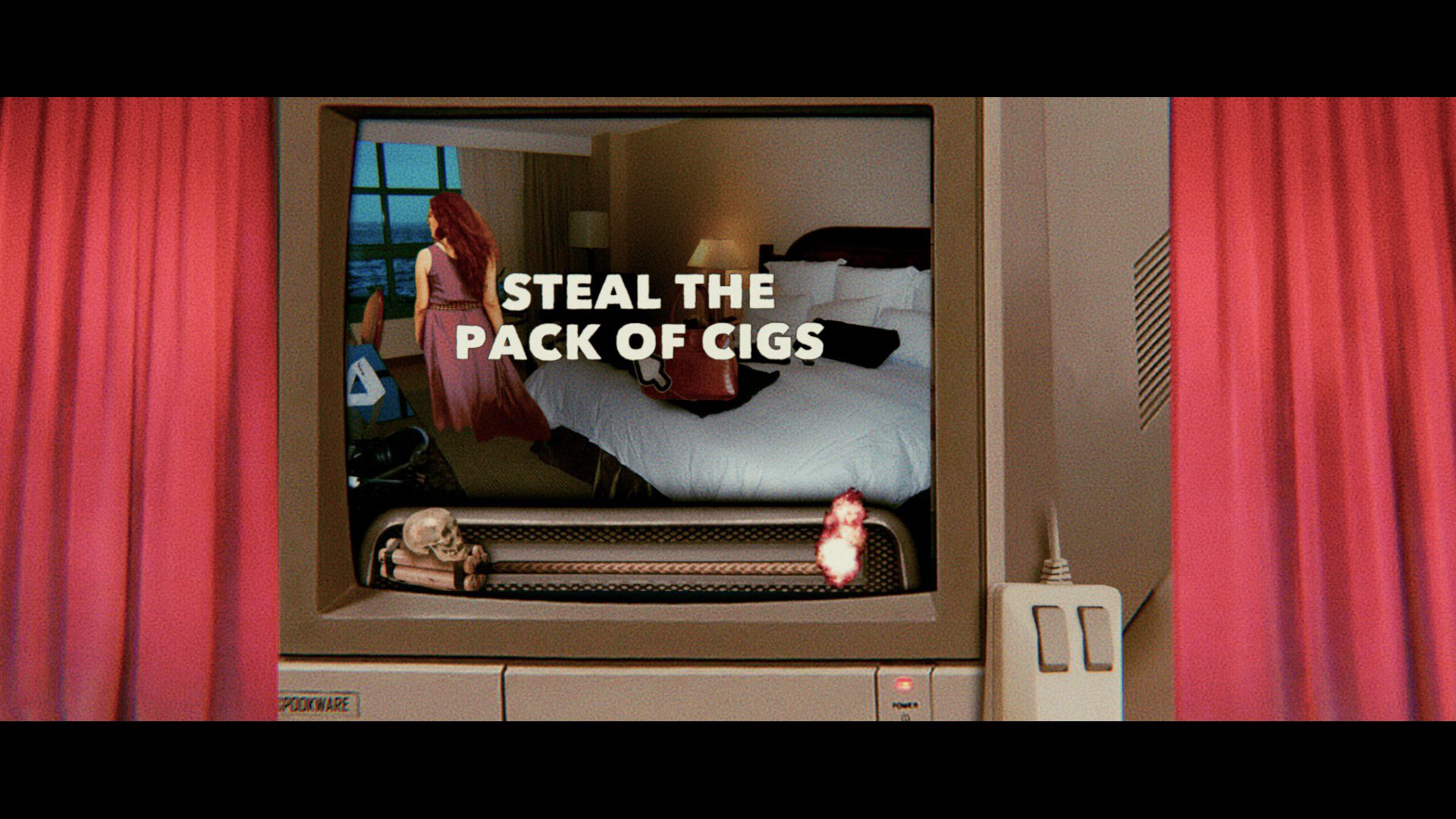 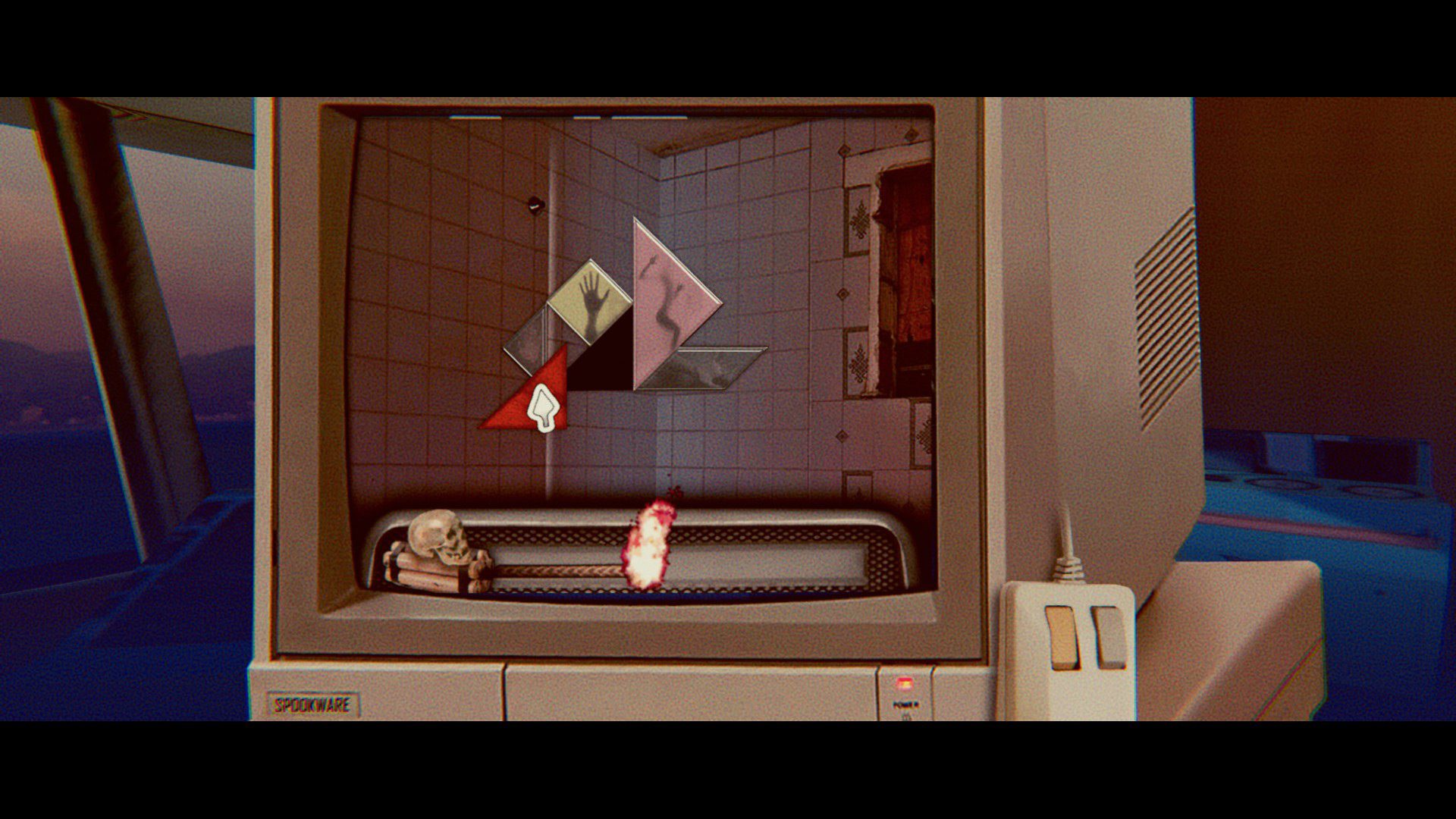 With a little tuning and minor touch-ups here and there, I could see this resonating with a lot of us — the WarioWare fans in the crowd, of course, but even just people who crave adventure games with a neat art style. It’s all way higher-effort than I expected.

Spookware is coming to Steam this year, and yeah, you should consider wishlisting it.

[These impressions are based on an unfinished copy of the game provided by the publisher.]