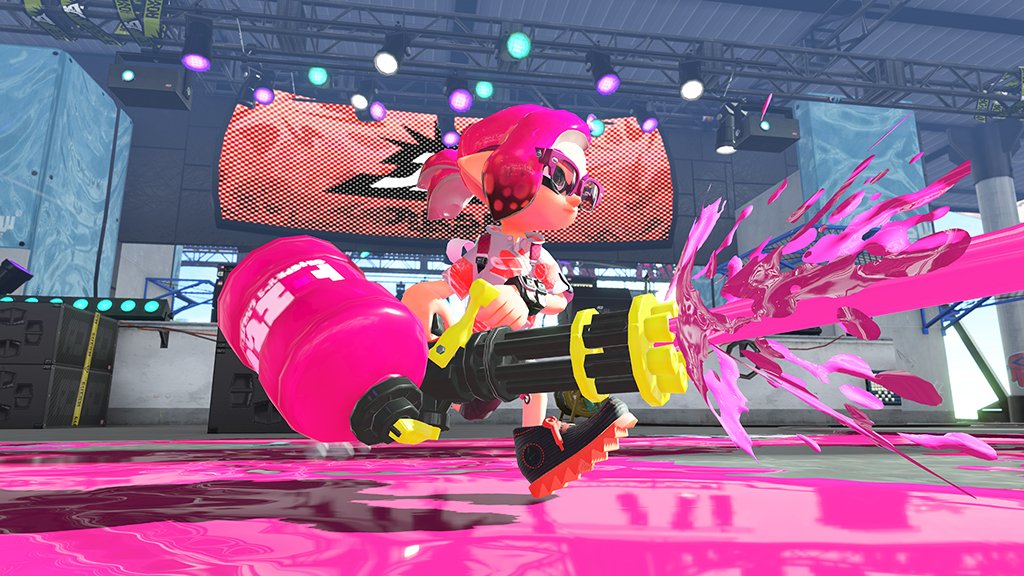 Paint your friends, no internet required

You have to be a nerd of a certain age to remember the golden days of the LAN (Local Area Network) party, a geeky gathering where people brought their computers or consoles together in one physical location to take advantage of latency-free multiplayer. While you can still find game cafés and school networks that offer a similar experience, the practice has largely died out in the era of affordable broadband internet.

The original Splatoon was one of the smoothest online experiences I’ve ever had with a Nintendo release, but it’s always nice to have additional ways to play. Yesterday, Nintendo of America announced that Splatoon 2 will support LAN play for up to eight players, allowing your entire squid squad to take on another without the need for an internet connection. You can still play using local wireless internet, but LAN play will help remove the issues that come about when too many people try to share the same internet connection.

If hooking up eight systems isn’t enough, the Splatoon US Tumblr reported that up to two spectators can join in on the same network. They’ll be able to get a bird’s eye view of the turf war or swap between players, recording the match for posterity. You can watch a video of how that will work below.

I hope more people get a chance to try Splatoon 2 when it hits the Switch, as the original was one of the standout titles on the Wii U. Splatoon already has a Nickelodeon neon, early ’90s aesthetic, so bringing back LAN play fits right in.

[Thanks to Frank for the tip!]