I gathered from my conversation with Brink’s lead writer, Edward Stern, that the game’s developers at Splash Damage believe certain problems to be endemic to the shooter genre, and that they’re trying to provide creative solutions to them in Brink. I’ve already written about how the game is all multiplayer, all the time — which gets rid of the single-player/multiplayer divide — but Stern listed many more issues, and explained what Splash Damage is doing to neutralize them in order to make the game more fun.

First off, Stern told me, the studio feels that less-skilled players in some of today’s most successful shooters spend way too much time dead or in menus, and not enough time actually in-game. To that end, weapons in Brink aren’t as lethal as in other games — or at least, not instantly so:

There’s only one one-shot kill in the game: if you choose […] a light body type, then a headshot can kill you. But generally, we want players to stay alive. We want them, maybe, to get knocked down, and then be momentarily vulnerable — but not then definitely killed and out of the game. We want to [give them] the chance for another player to rescue them, or for a medic to pick them up.

Any time you get “killed” in Brink, you actually drop to the ground and become incapacitated. (It’s not unlike the “Last Stand”/“Second Chance” perk in Call of Duty, except you can’t fire a weapon or move.) If your assailant doesn’t follow up with a few more bullets or a melee attack, a friendly Medic can toss you a revive syringe so you can hop right back into the action. 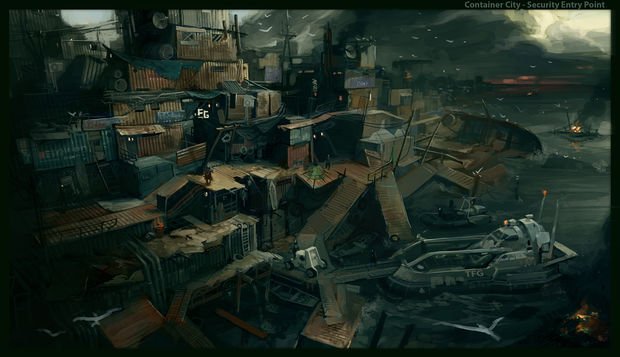 Brink also handles revives ingeniously. In games like Battlefield: Bad Company 2, it’s the medic who chooses whether to zap someone back to life, and sometimes, the teammate who just got killed simply wants to be left alone so he can respawn (or perhaps he doesn’t want to be revived, only to be killed again). In Brink, Medics give revive syringes to downed players, who decide for themselves whether they want to return to duty immediately or wait for the respawn countdown to run out. That way, you won’t have to shout things like “dammit, why didn’t you just leave my corpse untouched?!” into your headset.

Another major problem, according to Stern, is grenade spam. That’s why grenades in Brink knock you down, but don’t do very much damage — as Stern put it, “they’re blast rather than frag.” (They do deal some damage, so if one hits you when you’re low on health, it can kill you.) When you’re knocked down, your crosshairs become very wide (so it’s hard to fire accurately except at very close range), but you have the ability to crawl behind cover and regroup. There’s also a cool-down period, so you can’t just chuck all your grenades in quick succession, hoping you’ll hit someone. 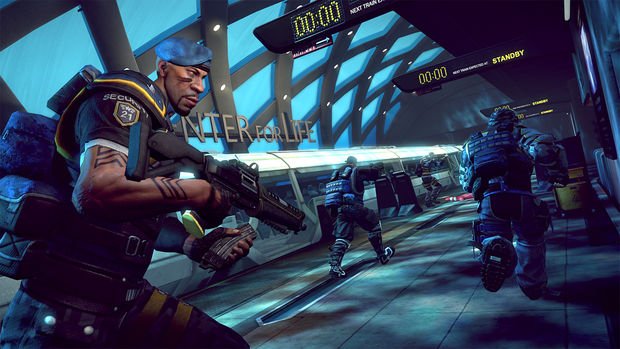 Still, the quickest and most frustrating deaths in online shooters come from snipers, so Stern told me that Brink doesn’t allow them to prosper. The game does offer some “high-damage, slow-reloading rifles,” but you won’t be able to score headshots with them (unless the enemy is of a light body type). In this case, the developers learned from their last game, Enemy Territory: Quake Wars, which

had real long draw distances [and] big maps, and you had these snipers on top of a hill, and you just could not reach them. They could kill you; you could not kill them. It just wasn’t enough fun, for enough players, enough of the time. So yeah, we built [Brink] so that the average kill distance is way, way closer.

If you’re a sharpshooter, you can still use the iron sights on a bolt-action rifle to take down almost all of an enemy’s health from medium range, and then move in while switching to your secondary weapon to finish him off. “But it’s not that kind of sniper-dominated, ‘sniper alley’ [experience],” said Stern.