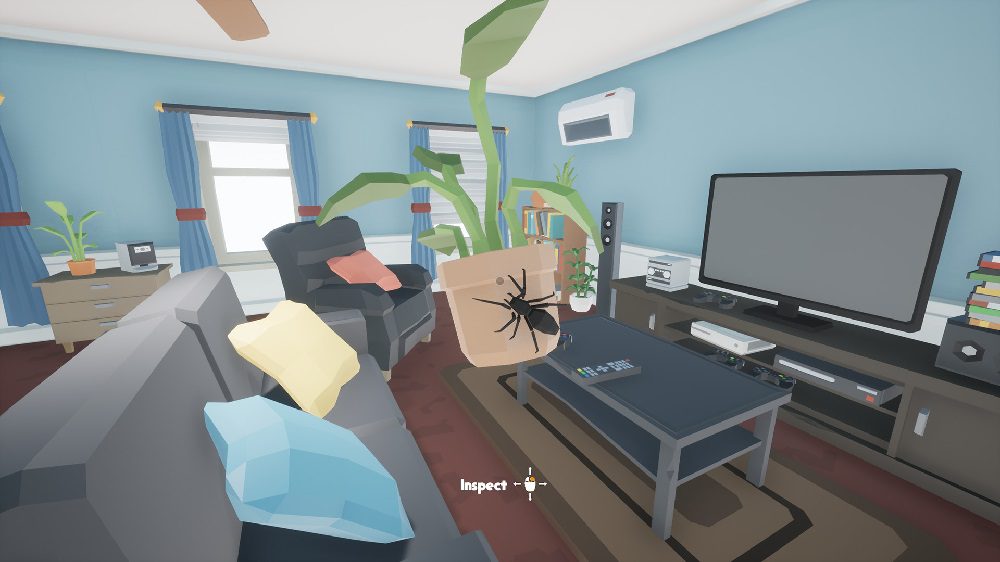 Some of the most unnerving video games are the ones that prey on primal fears. They Breathe, for example, with its suffocating underwater atmosphere, or Doki Doki Literature Club with the abyss gazing back at you. But for my money, one of the smartest and most relatable scares comes from tinyBuild’s viral hit Kill It With Fire, which is headed to mobile and consoles next month.

Many games feature villainous spiders, usually of the super-sized form. But Kill It With Fire goes one step better and makes its arachnid antics relatable. For those yet to experience the creepy-but-goofy title, Kill It With Fire deposits a spooky spider somewhere in an intricate environment, and tasks the player with tracking it down taking it down with an over-the-top range of weaponry, from bats and books, to chainsaws, handguns, weed-whackers, even a flamethrower.

But you better make like Pat Benatar and hit it with your best shot, as the scurrying spider will gladly scamper away to an all-new mystery hideout, a truly terrifying prospect that we’ve all encountered at some point in our lives. It’s such a simple but genius concept, and so relatable to so many of us. I’m not terrified of spiders – in fact I love them – but as we all know, far scarier than seeing a spider is, in fact, not seeing a spider.

Kill It With Fire is available now on PC and launches on PS4, Xbox One, Nintendo Switch, and iOS and Android devices on March 4. I predict a lot of dropped smartphones in its future.