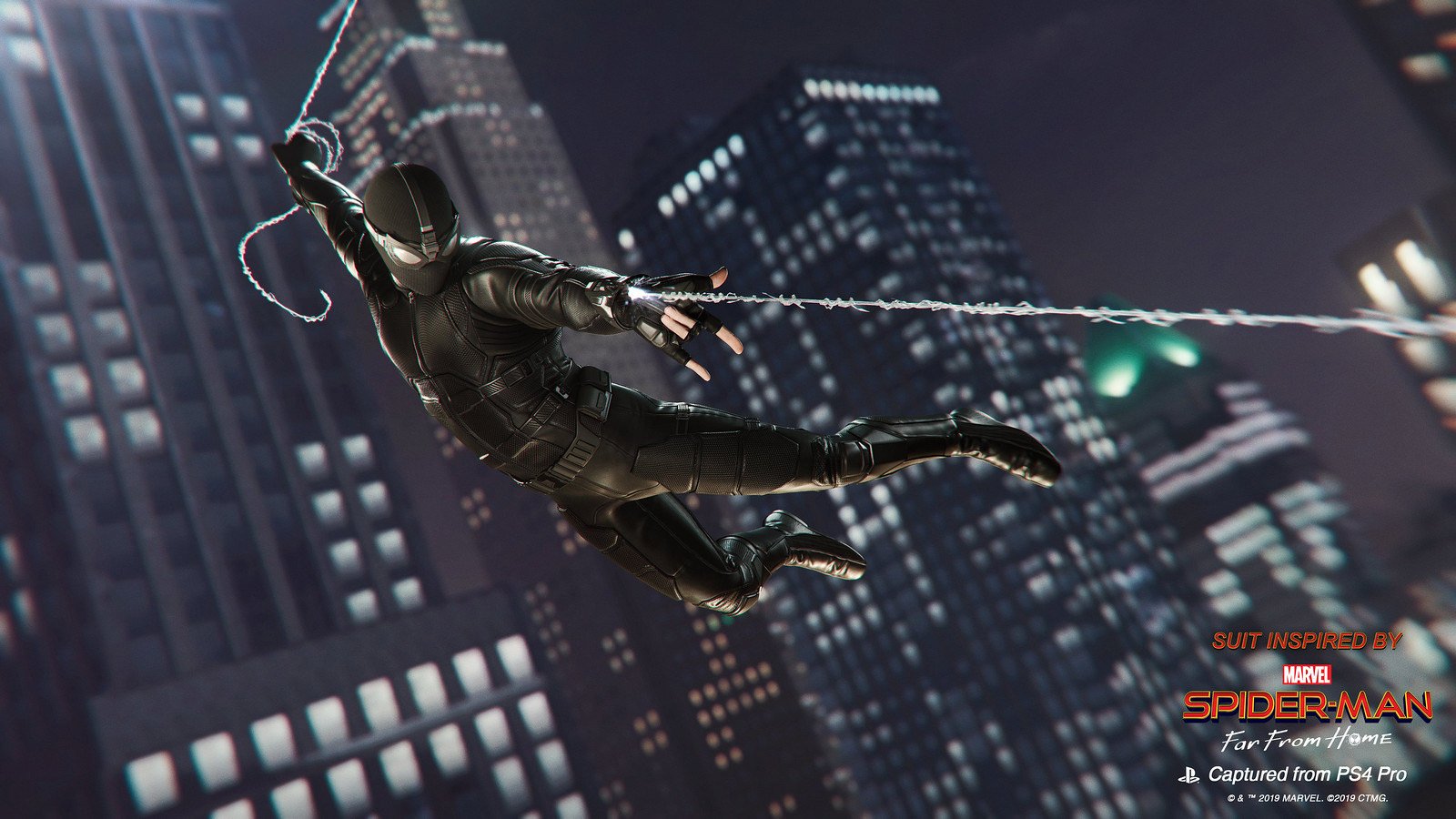 Available in the latest free update

You can never truly have enough suits in Marvel’s Spider-Man, and while I don’t ever see myself moving away from the Spider-Punk look, I like that there’s an outfit for every mood. This week, Insomniac Games added a pair of new suits to the PS4 game that piggyback off Spider-Man: Far From Home.

This clever bit of cross-promotion is free, but in order to use Far From Home‘s Upgraded Suit and Stealth Suit, you’ll need to be far enough into Spider-Man to have unlocked Peter Parker’s Advanced Suit. Basically, if you’ve made it through the game’s opening and pushed a little further, you’re good to go.

I haven’t seen the film yet, but I am increasingly amped to see where Insomniac goes next.