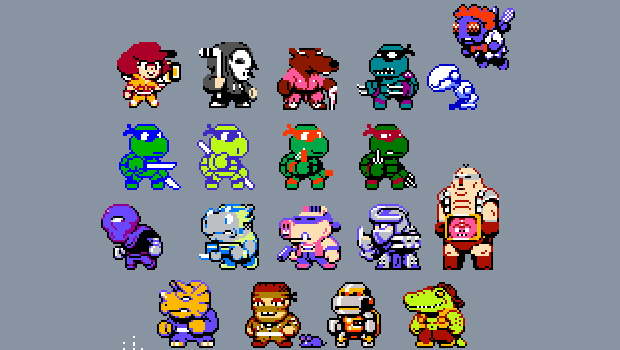 Back to the Sewers

After spotting this art on Twitter, I asked Derek what he’s actually do with the TMNT property if he were able to make an NES game with it. He told me he’d make a “…top-down stealth game that switches between city and sewers, changes to free-scrolling beat ’em up when you enter a mission. Regular missions are randomly-generated, special missions are unlocked when you win enough territory back from the Foot Clan. Getting spotted too many times in the top-down part will force you back to the sewer for a time and let the Foot gain territory. And some kind of sewer skateboarding mini-game like the special stages in (seen below).”

I hope that whoever owns the game rights to the Turtles is reading this. You’re sitting on a goldmine here.