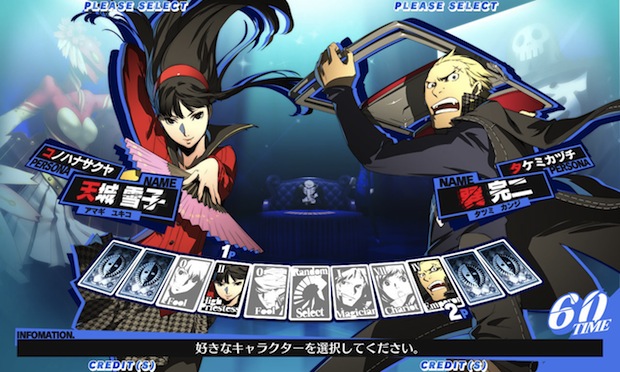 Persona 4 The Ultimate in Mayonaka Arena is one heck of a good looking fighter. These new screens from Japan show several of the cast members (no one ones yet) in battle, and you’ll get plenty of sparks, light flashes and other blue/yellow particle effects in them. Hell, one of the screenshots shows nothing but sparks and flashes and sparkles and such.

The one included character select screen shows a bunch of blanked out cards. That bastard Igor looks on from a distance with a smirk on his face, as if to say that he knows exactly what characters are in store for us. Big-nosed bastard.