Hands-on in versus mode

For CCP, a company that made $86 million in revenue last year, getting out of the EVE comfort zone is a pretty big deal. Sparc (not to be confused with Project Spark) is doing just that, with the aim of providing an entire new VR-centric sport.

In typical CCP fashion they’re working very slowly, but based on what I’ve played at Fanfest, even an early build shows a lot of promise.

Nearly everything in this full-body room-scale game is predicated on sportsmanship. After meeting my opponent I was instructed to touch gloves just like a boxing match, then it was on. Like most sports you can distill the flow down to one concept, but there’s plenty of room for development. Take basketball for example — at a base level you can walk up to the basket and bank an easy shot in.

It’s so simple a child could do it, but with extra layers like an unpredictable opponent to drive into or defend, or added abilities like hook shots (which need to be practiced and mastered), it becomes much more complex. Sparc‘s final cut will have multiple modes of play (including single-player challenges), but the build I experienced only had one gametype: timed. There’s also a planned pro mode (where you can only use your shield if you have your ball in your possession) which they haven’t shown publicly yet.

Sparc feels like that while creating an entirely new genre that almost plays out like jai alai meets dodgeball. Using two remotes — either the Oculus Touch, PlayStation Move wands, or the Vive controllers — you’ll operate each hand independently. Your job is to hit your opponent as many times as possible, either with your own ball or theirs (distinct neon blue and yellow tints make them easy to identify). There’s a catch, though — you can only grab your ball. To knock your opponent’s back you’ll need to block it with your hands directly, which double as gauntlets.

The most fascinating aspect of Sparc to me was its concept of momentum. Most VR games so far allow players to throw an object with a minimal amount of force or a simple button press, but I was amazed at how much oomph one needed to chuck a ball across the screen. It was almost like throwing a baseball for the first time as a kid — I completely underestimated inertia and was initially throwing weak as hell pitches, and my opponent gained the lead early. But with some coaxing (and the assurance that I wouldn’t smack one of the dev team members in the face), your boy added some pepper to it and started to make a comeback. I also experimented with different techniques like curve balls, throwing with a lower stance, and bank shots. 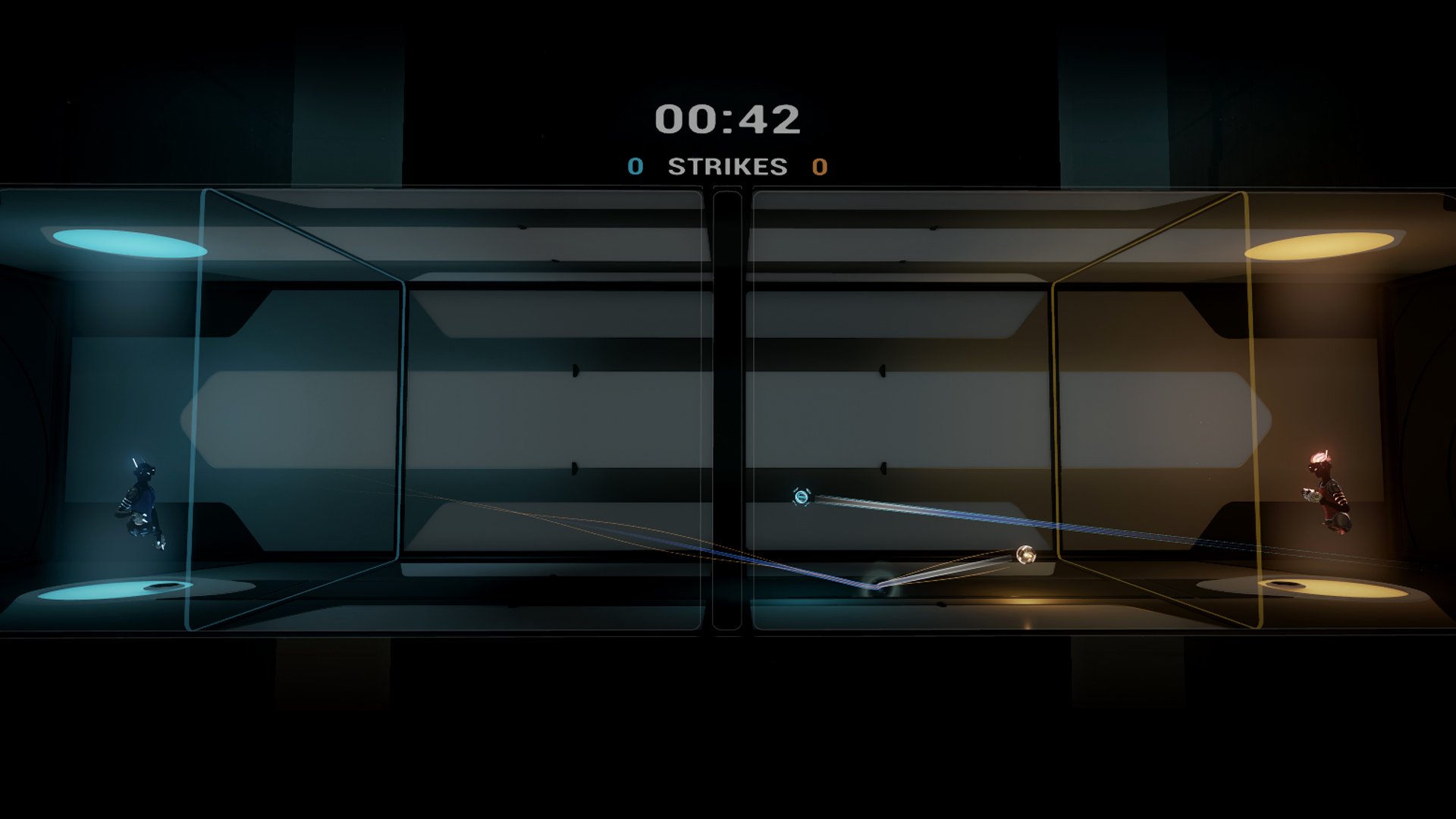 Ryan Geddes Senior Brand Director of VR at CCP Games, says it was a long time coming. When asked what took them so long to branch out of the EVE universe, he responded “that’s an interesting perspective…why did it take us so long. Well, for so long, EVE was all we did. We created this sandbox where players basically made the game, and we kept adding new tools to facilitate that. So we kept thinking after we had done a lot of work on EVE, ‘how do we branch out?’ and it took us, well, nearly two decades to figure that out!”

He went on to explain, “we wanted to get it right. We know from the start that we wanted to make a sport. Do we gameify a sport, or do a sportify a game? We kind of went in a unique direction and made our own sport. You aren’t playing your avatar, you’re playing you. We’ve been very successful in VR so far, in fact we’re very happy with were we’re at, as we’ve broken even on the massive investment we’ve poured in, and VR is just in its infancy. We still have to figure out how people want to play VR and the types of people that will adopt it. We hope that the sports angle will get more of them involved.”

Personally, I can relate. It’s easy to fall into a routine with some VR games. It still takes time to warm up to room-scale experiences, especially Superhot VR. Initially I’m kind of just standing there, playing it like a traditional game, but within 15 minutes of warming up I’m dodging and ducking down, earning a real workout in the process. I had that same feeling with Sparc, and I can easily see myself playing for an hour or so here. Especially so with a few of my friends who aren’t readily on hand locally for a game of basketball.

CCP is taking a smart approach to VR — at least, more intelligently than a lot of other developers who are merely throwing money at it. They’re mostly side projects built onto the foundation of their main money maker, and they’re casting a wide net with all three major VR platforms with cross-play (though they’re still working on the specifics for Sparc). In other words they aren’t betting the farm and they aren’t dipping their toes in just one body of water. Even if Sparc fizzles out (in the sense that it’s never released or doesn’t catch on), it will probably just be a drop in the bucket for them.