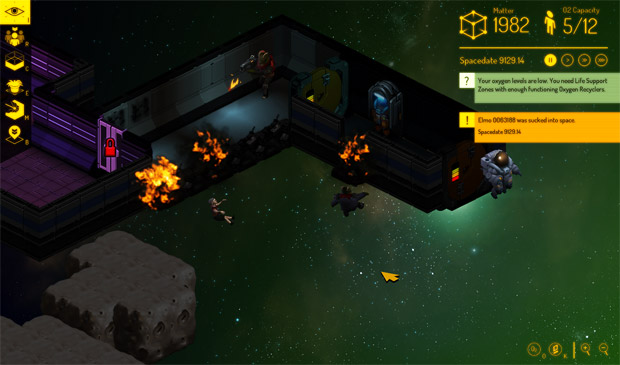 Double Fine has a space-themed sim game in the works, and its origin can be traced back to the studio’s Amnesia Fortnight game jam last year. While the concept of running a space station is still in tact, Spacebase DF-9 has been “overhauled from the ground up.” It’s available right now for Windows, Mac, and Linux on Steam Early Access.

The animations are underwhelming in their current state, but I like the sound of this. Prices start off at $25 for the base game, with additional tiers offering the soundtrack, extra Double Fine games, and other bonuses. The team also has a big list of features it would like to add, should you want to trace where Spacebase DF-9 is headed. I’m sure feedback would be appreciated.

The press release for the game references “space madness,” by the way. Have to give props.