I’ll admit that title is a bit of a misnomer; I’ve had dibs on Maya for the past week, and now that I’ve finished Borderlands 2, I can say with all certainty I made the right choice.

Earlier today, Chris called dibs on Zer0, but allow me to explain what makes this blue-haired siren so special.

You know what videogames don’t have enough of these days? Strong female role models. With anti-feminist tripe like The Olympics (seriously, how am I supposed to compete with beach volleyball butt?) and Babysitting Mama (NOTE: only privileged white male babies allowed in crib) polluting our media, it’s no wonder our nation’s young women are growing up so troubled. The constant struggle for perfection is simply too much.

Maya dispels these stereotypes with ease, but never manages to lose sight of the fact that she’s still a woman — a strong, independent and sassy woman. Like a modern-day Jackie O, or Michelle Obama. But with fewer and tighter clothes, and a year’s worth of gift certificates to Toni & Guy. 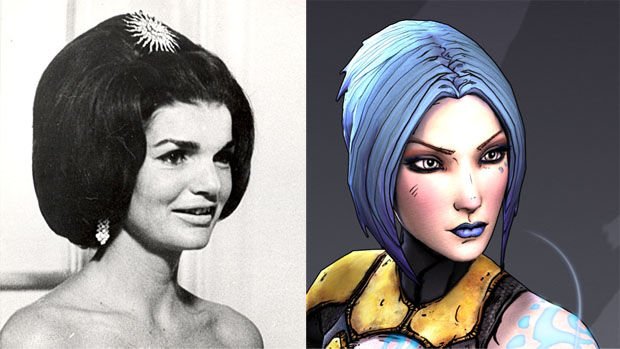 Enough about her looks though, let’s focus on some of her more worldly attributes.

She’s always thinking of others

Take a look at that skill tree.

Take a good, hard look at that skill tree. You see that branch labeled “Harmony”? That’s for saving your stupid ass when you run head first into a den of barf skags with nothing but a Cheap Repeater and a +.2% melee bonus damage to protect yourself.

Mind you I’m not saying she’s a better choice for co-op than anyone else. I’m just saying, my friend Anthony played as Axton the other night and I ended up having to revive him like, fifty times. In a row. Just for one enemy, who wasn’t even a boss.

(Anthony should really be better at videogames.) 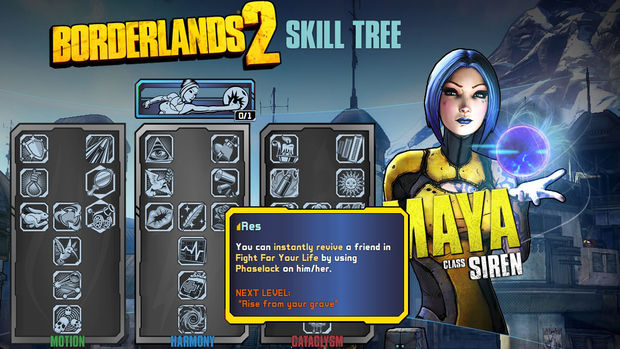 My only regret playing Maya is that I can’t see how hot she looks while Phaselocking.

She just doesn’t give a hoot

You know who doesn’t care if it’s not 1996 anymore and is gonna rock that blue lipstick anyway because screw society and also it complements her hair?

My girl Maya, that’s who.

Oh, what’s that? You didn’t know she was worshiped as a goddess on her home planet of Athenas? Hmmm. That’s probably because she never brought it up. Humility is just one of her many amazing qualities.

In fact, she’s too nice to say anything, but I definitely recall hearing her say the exact words, “Salvador the Gunzerker? More like Salvador the FUDGEzerker! He’s fat! And Zer0? No thanks, I prefer my numbers natural (as defined by pre-18th century Greek literature.) Ugh, and don’t get even me started on Axton! I mean come on, a turret? You wanna deploy mommy while you’re at it, have her go out there and scold the bullies while you watch from inside the house? F*ck outta here.” 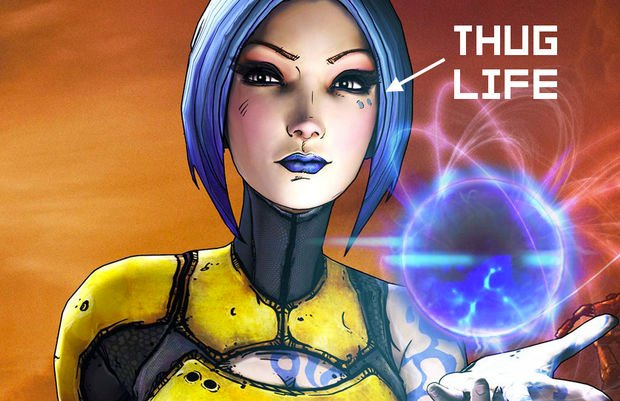 So, yeah. I think the choice is clear. I’ve got dibs on Maya, and that’s that.

Oh and by the way, you’d be INSANE to choose someone else over the character with vaguely teardrop-shaped tattoos. Those chicks are loco, man. No telling what they’ll do behind closed doors.