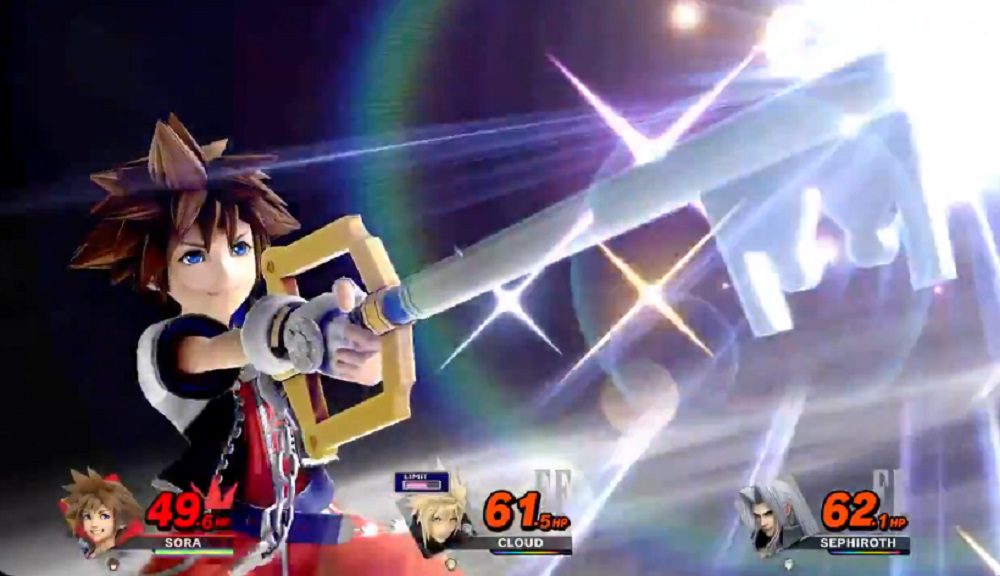 Keeping the party going from this morning’s reveal, Nintendo has released a video of Kingdom Hearts hero Sora performing what will be his Final Smash attack in Super Smash Bros. Ultimate: “Sealing the Keyhole.”

Footage of the attack was released separately to Twitter by Nintendo following Mr. Sakurai’s official reveal stream, suggesting that perhaps the footage of the super special move in action was not quite ready at the time of shooting.

The Final Smash, which you can check out below, sees Sora knock his opponents into one of his many world-closing giant keyholes, before shutting the door on them and, apparently, sealing them away from the battle. Looks like Cloud and Sephiroth won’t be returning to the ring anytime soon, especially given the way the attack actually shatters the door itself!

Sora locks out his foes with his Final Smash, Sealing the Keyhole.

…And stay out! #SmashBrosUltimate pic.twitter.com/vbg4YLPf8K

Sora, the final DLC character from Fighter Pass Vol. 2, will join Super Smash Bros. Ultimate on October 18. That pass costs $29.99 (and also includes Min Min, Steve & Alex, Sephiroth, Pyra / Mythra, and Kazuya), but if you’re looking to pick and choose your DLC fighters rather than go for the whole crossover-filled collection, Sora will also be available separately for $5.99 as part of the Challenger Pack 11 with the new stage Hollow Bastion.