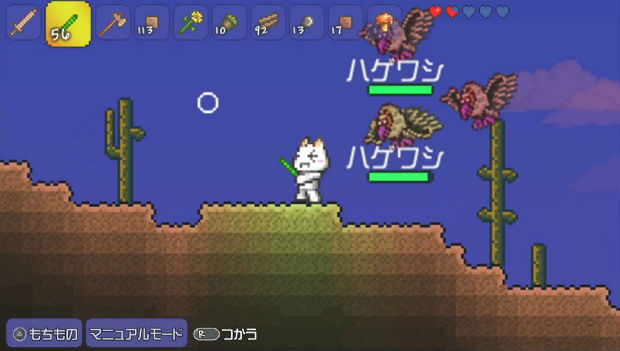 Over in Japan, the PS3 version of Terraria got special crossover characters, with games like Danganronpa and Shiren the Wanderer making appearances. The Vita version is also getting some crossover love  by way of Monomi from Super Danganronpa 2 and Toro — Sony’s adorable mascot.

You’ll have to suit up by way of head, armor, and leg pieces, but hey, it’s something! Terraria is set to launch in Japan on February 6th for the Vita.