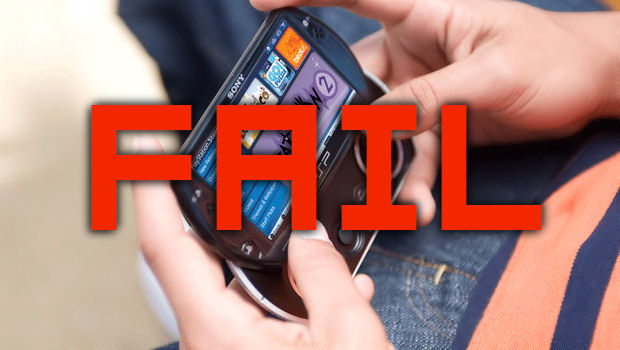 It’s no secret that the PSPgo was a bloody awful thing. Though the intent was admirable, the delivery was a failure, with expensive hardware, expensive games, and simply less support than previous PSP models. Apparently, the thing has had the final nail shoved into its coffin, with reports that all production has ceased.

The gossip was started by a Sony Shop employee, who allegedly stated that his store would not be getting any more shipments, a suggestion backed up by the removal of a link to the PSPgo on the Sony Store gaming page.

While Sony refused to confirm the news, it inadvertently made it more believable, skirting around the issue and trying to shift attention toward the NGP, rather than flat-out denying the rumor.

“In the meantime, the current generation of PSPs continue to be in demand, especially since the introduction of our value for money, Essentials range of games and we will continue to meet that demand.”

As you can see, they didn’t say a damn thing about the PSPgo. This kind of floppy response almost looks like an embarrassed admittance.

Finally, sources claim that PSPgo production has indeed ceased in the United Kingdom, at least. Retailers have apparently been told that once the current run of units are sold, they will not be receiving any further shipments.

All evidence points to the PSPgo having suffered its last humiliation. After a run of bad press and awful handling by Sony, the twisted experiment has been put out of its misery. All I can say is, good riddance.