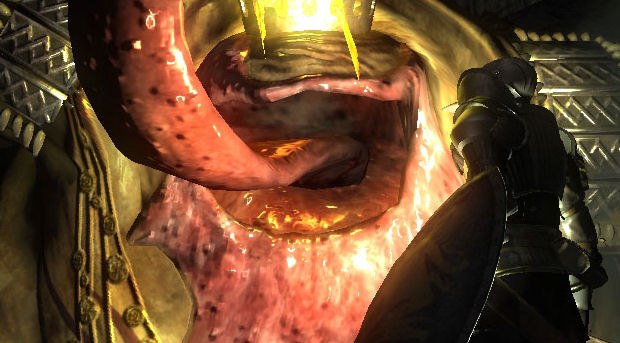 So, Demon’s Souls was a surprise win for Atlus, being one of the few games published by that company to sell well in North America. The classic PS3 exclusive was one of 2009’s biggest surprises, and that fact has not escaped Sony’s eye. In fact, Sony’s Yeonkyung Kim took enough notice to regret his company passing up the chance to publish it.

According to Kim, Demon’s Souls’ unique gameplay and unmistakably Japanese flavor caused SCEA and SCEE to balk, believing the game would fail in the West. Sony declined the opportunity to pick it up, letting Atlus reap the rewards instead.

“That was a mistake,” laments Kim. “It should have come out as a first-party title.”

It’s a good job that we have companies like Atlus around to pick up the ball when other companies so readily drop it. Atlus deserved to publish that game more than Sony, considering its long history of giving us Westerners the type of games we might never get to play otherwise. Perhaps in future, bigger publishers can stop being so arrogant and realize that the unique and strange games they ignore are capable of selling, if only somebody has the balls to market the thing.