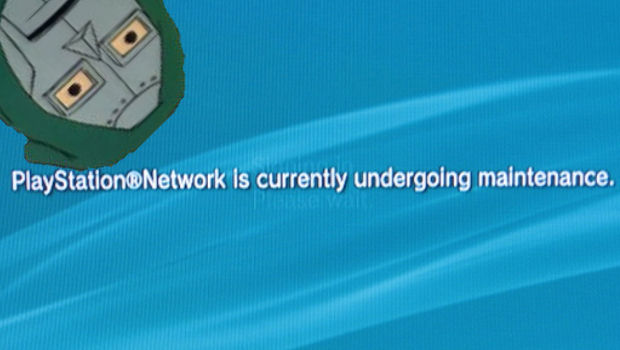 Now that Sony has dropped its trousers and admitted that hackers may have access to the personal info of countless PlayStation Network users, the bad PR has snowballed like crazy. The news has gone mainstream, with FOX News and CNBC both jumping on the story. Meanwhile, CNN.com has the story on the frontpage.

More interestingly, Connecticut Senator Richard Blumenthal is furious with Sony, and has written to Jack Tretton demanding to know why consumers were not fully informed of the details surrounding the PSN’s downtime.

“Although the breach occurred nearly a week ago,” wrote Blumenthal, “Sony has not notified customers of the intrusion, or provided information that is vital to allowing individuals to protect themselves from identity theft, such as informing users whether their personal or financial information may have been compromised.”

Frankly, I think the senator makes a better argument than “Hey gaybox losers get the fuck out,,, this does not concern ya.” You can read the rather more eloquent politician’s statement below …

I am writing regarding a recent data breach of Sony’s PlayStation Network service. I am troubled by the failure of Sony to immediately notify affected customers of the breach and to extend adequate financial data security protections.

When a data breach occurs, it is essential that customers be immediately notified about whether and to what extent their personal and financial information has been compromised. Additionally, PlayStation Network users should be provided with financial data security services, including free access to credit reporting services, for two years, the costs of which should be borne by Sony. Affected individuals should also be provided with sufficient insurance to protect them from the possible financial consequences of identity theft.

I am concerned that PlayStation Network users’ personal and financial information may have been inappropriately accessed by a third party. Compounding this concern is the troubling lack of notification from Sony about the nature of the data breach. Although the breach occurred nearly a week ago, Sony has not notified customers of the intrusion, or provided information that is vital to allowing individuals to protect themselves from identity theft, such as informing users whether their personal or financial information may have been compromised. Nor has Sony specified how it intends to protect these consumers.

PlayStation Network users deserve more complete information on the data breach, as well as the assurance that their personal and financial information will be securely maintained. I appreciate your prompt response on this important issue.