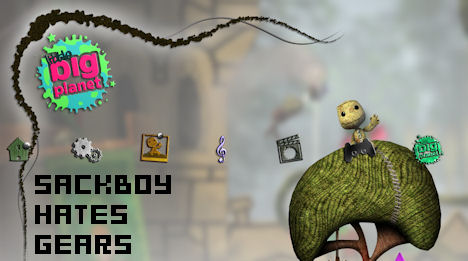 LittleBigPlanet has been critically acclaimed and sold quite well, but the PlayStation 3’s big holiday exclusive has not exactly set the world on fire. Sony is aware of this, and has claimed that at any other time of the year, LBP would have been a chart topper. Damn those other videogames, damn them for existing!

“We’re really pleased with the initial reaction to LittleBigPlanet – it has been our highest scoring game ever I believe with a Metacritic score of 95 and a huge list of 10/10s or 100 per cent scores,” explains Sony’s David Wilson. “We are also pleased with its commercial performance. In other times of the year it would be a clear number one – so you have to put the chart in context. This is an incredibly volatile time of year and the chart reflects that – November 7 saw 47 titles released on that one day alone including many big hitters with Christmas number one aspirations. Look at the chart this week – the top four are all brand new entries.”

So, too many new games, that’s LittleBigPlanet‘s problem. Sony isn’t unhappy with the game’s performance, however, claiming it has “broken the trend” of innovative and critically acclaimed games selling poorly.

“LittleBigPlanet has broken this stereotype by not only being brilliant and original but also by selling really well on a global basis,” Wilson explains. “LittleBigPlanet is breaking many preconceptions. There are some games that are hardcore experiences that the kudos lies in getting it first. LittleBigPlanet is excellent on day one but even better as time goes by.”

I still think it’s a shame for LBP and the PS3 that it wasn’t this massive blockbuster. That said, it’s obviously doing well and will likely become a huge franchise as time goes by. You can’t complain about that.