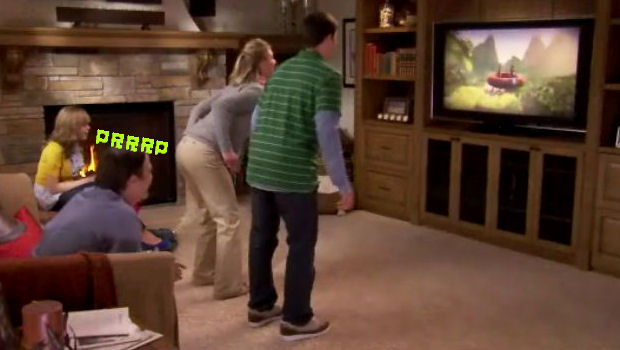 If you believe Microsoft, the world is creaming its little yellow pants over how impressive Kinect is, but Sony doesn’t think it’s that hot. Writing off the technology for its mass of technical problems, Sony Computer Entertainment engineer Anton Mikhailov believes Move is a faster, sexier, less problematic solution.

“I think the tech is a bit, not so much immature, but not quite up to spec in what we think,” he says. “Like the PlayStation Eye camera runs at 60 frames per second so it can track you very quickly whereas the Kinect and other depth camera are only 30 frames per second. So they are more suited for slower motions. Dancing is still kind of okay and then the yoga stuff that they were doing, it fits that very well, whereas if you want to do quick punches it’s harder to do that just because you can’t see the player as quickly. And there’s also more latency, things like that. So you know, it’s not a particularly sexy result, it’s just mostly technological problems.”

Mikhailov also states that Kinect’s a memory hog, which makes it harder for games to offer optional motion controls, and complained about the resolution of the 320×240 camera. He also believes the frame-rate is too low and that certain materials, like denim, is proving difficult for Kinect to recognize.

Not only that, but the engineer also asserts that Move is capable of doing almost anything Kinect can, with a little extra legwork: “It’s always more robust when you get it in the hardware but the reality is we can still do a lot of these features with just the Eye and if the users are happy with both then we’re equivalent in that sense.”

Something tells me he thinks the PS3 has a better motion controller.