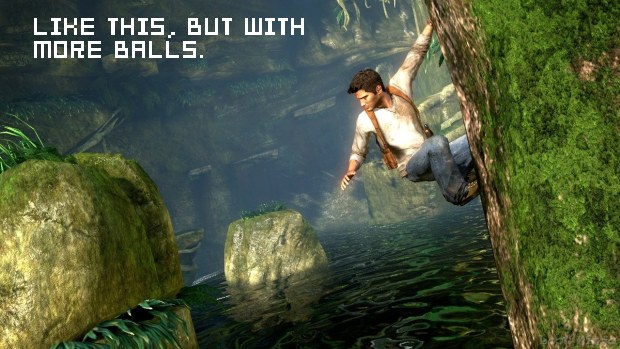 One of the things that has always amazed me is the prevalence of pinball games on home consoles and handhelds. If you had told me in the 80s that the game of pinball would survive in a pretty major way in the world of videogames I would have been very skeptical. However, it is an ever growing genre of videogames as in evidenced by the ESRB leaking the fact that many of Sony’s exclusive franchises will be getting the pinball treatment.

Sony will be releasing a series of pinball games called Pinball Heroes for the PSP as part of the PSPMinis lineup. According to the ESRB the game will feature tables based on Uncharted, PAIN, High Velocity Bowling and Hot Shots Golf. Each table will be released separatley and have some special features like the Uncharted table having a crashed plane and gold coins for bumpers and the Hot Shots course looking like a golf green. Like most games that we learn about via ESRB, we know little else on them than the details they give us.