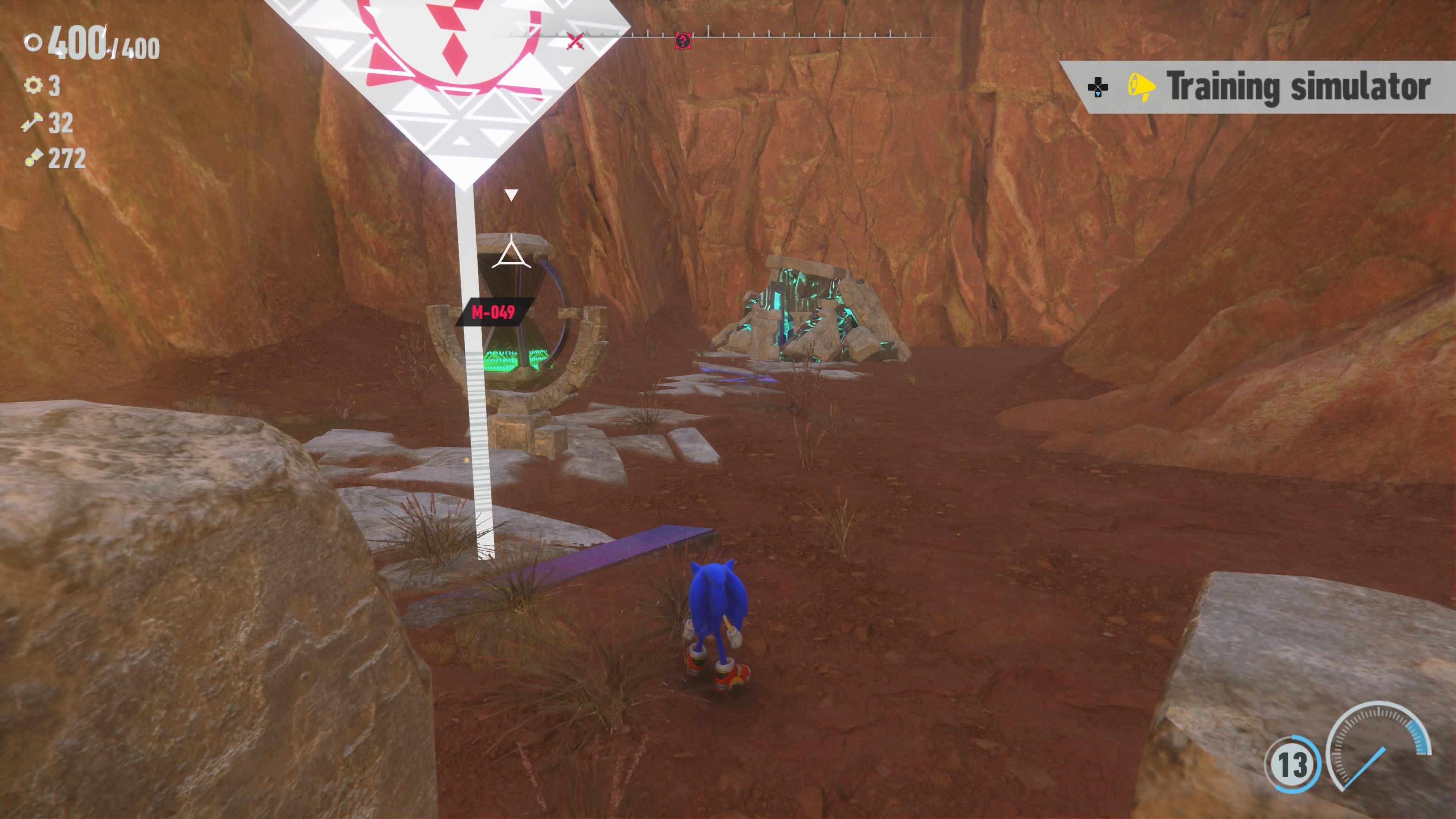 Finally, a vacation from Kronos

It was here in Ares Island, the second major zone of Sonic Frontiers, that I started to appreciate what the game was trying to do.

The first map really was a tutorial for what came next, and Ares has a few tricky puzzles to solve. Thankfully, M-049 isn’t one of them. 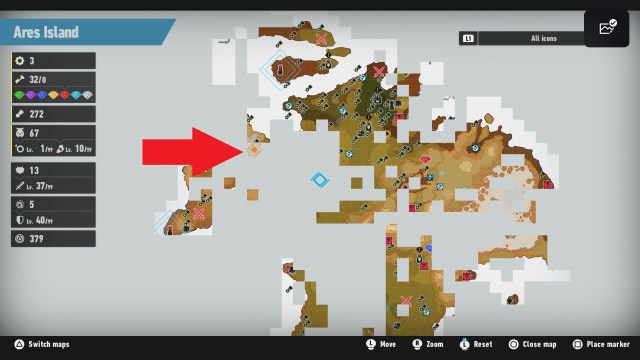 Puzzle M-049 is located in the western part of Ares Island.

It’s one of the later areas you’ll visit for the story, but you can always find a connection to it in the southern most part of the eastern section of Ares (just run through a set of ruins to get there).

You’ll find puzzle M-049 in a ravine, on the spot marked on the map above.

Puzzle M-049 is characteristically easy for Ares, and is really similar to a few of the first puzzles you’ll ever encounter: including M-009.

To finish this one, trigger the puzzle by hitting the hourglass: then you’ll just Cyloop (while running, hold triangle on PlayStation/Y on Xbox) and run around the pillar, which will cause it to rise out of the air. Run through the blue boxes on the ground, then up the pillar on the front of the face (where the blue boxes are oriented, vertically). That’s it!