Sonic wears his sunglasses at night

Like several other puzzles in the Kronos region and beyond, Sonic Frontiers‘ M-014 puzzle has to be completed at night.

The good news is once you’ve strolled up at dusk, the job is half over! Here’s how to solve this really easy puzzle. 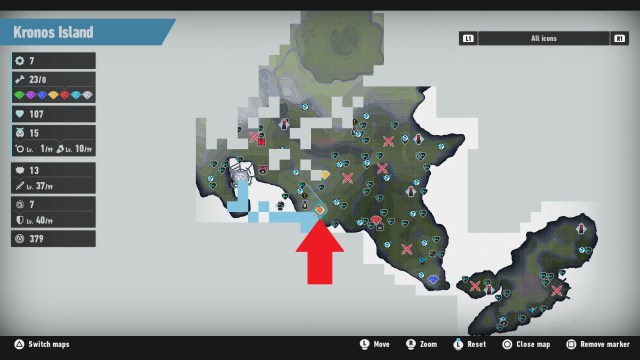 You can find puzzle M-014 in the center of the map, near the southern side. This is a real happening area, as there’s a number of minibosses, NPCs, quests, and main story points of interest right here.

Oddly, the puzzle isn’t really that visible: particularly during the day. When arriving while the sun is out, M-014 will show up with a moon symbol: denoting that it must be completed at night. Just head back here then (kill some time) and the rest will take you 30 seconds or less.

So for this one, you’ll want to Cyloop around the lit-up trees (with the yellow gas around their trunks). That’s it! There’s three trees on the right, and two trees on the left: if you’re facing toward the forest, looking at the M-014 starting location.

Hold down the Cyloop button (triangle/Y on Xbox) and run around the three trees on the right, then the two on the left. You can also “loop” multiple trees to get this done even faster.