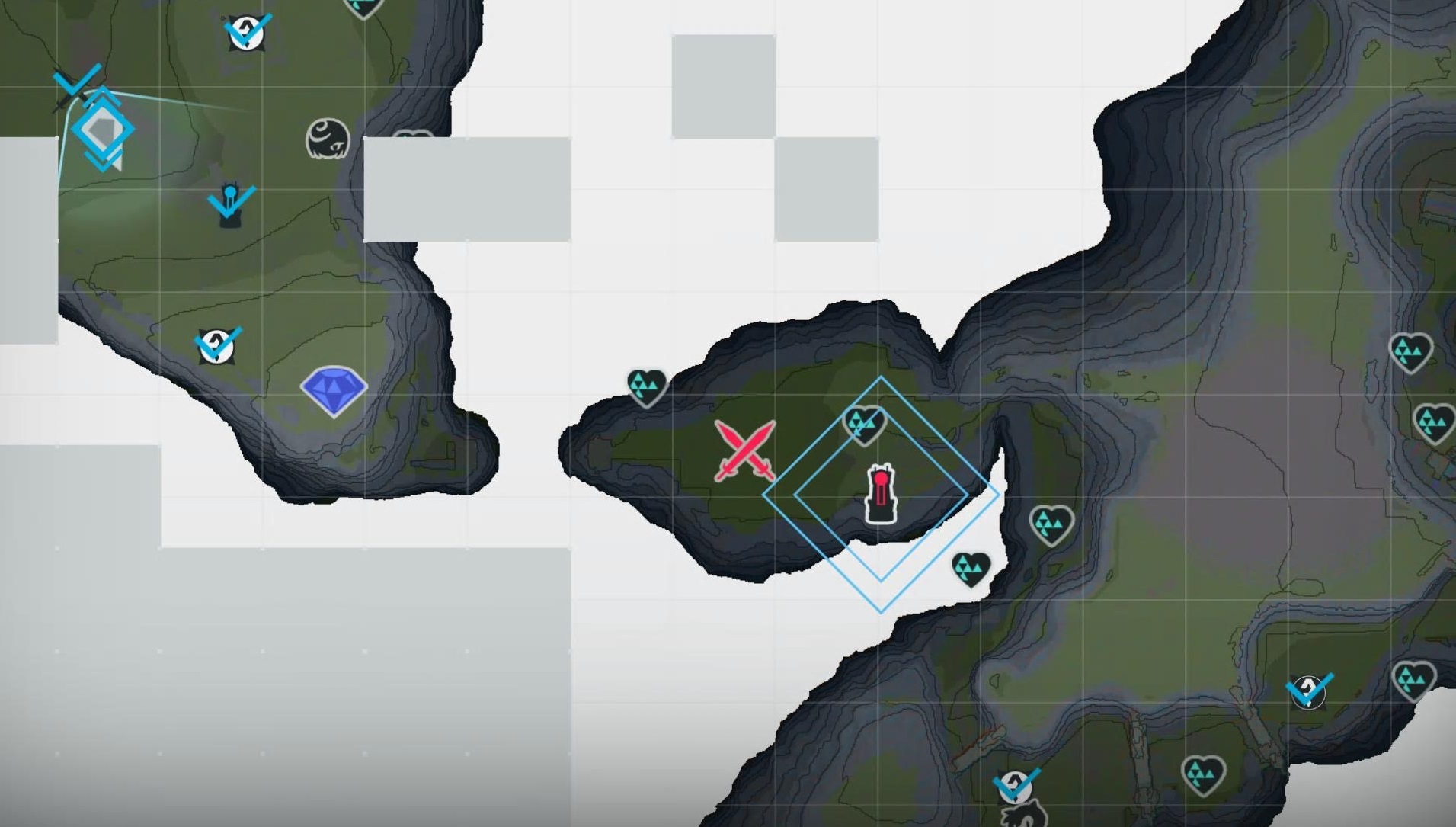 Sonic Frontiers has a somewhat obtuse fast travel system: but there’s actually two core ways to get around.

Here’s a rundown on both of them. 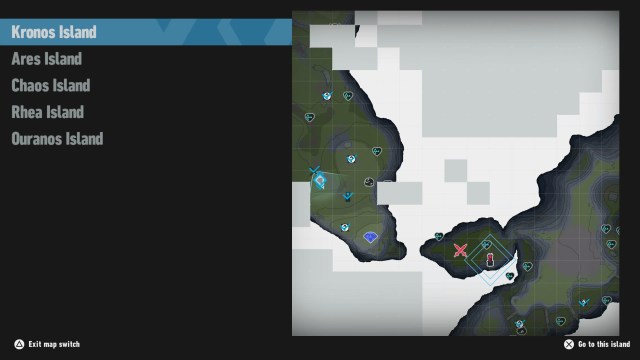 Fast traveling through the main menu

To do this, just press the map button (touchpad on PlayStation, back on Xbox), then select the prompt to “switch maps” (Triangle/Y on Xbox), found in the lower left hand corner of the screen.

The game will bring up a simple island select menu (there’s five main locations in all). Just press X/A to confirm it and you’re good to go. It’ll drop you in the focal point of the island (typically where you start after first visiting it). 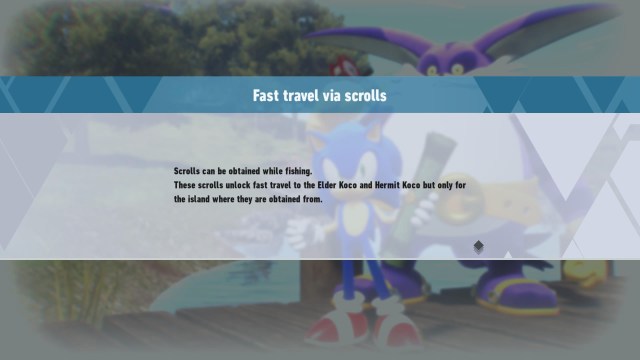 Fast traveling via scrolls from fishing

If you want to get around each island individually, you’ll need to put in a bit of work.

Fast travel within islands is done via scrolls, which are acquired from the fishing minigame. They’re randomly doled out, and allow you to travel to the Elder Koco and Hermit Koco NPCs (the main skill-up and respec characters). Just keep fishing until you find scrolls, and it’ll unlock.

We have a full guide on the fishing minigame here!