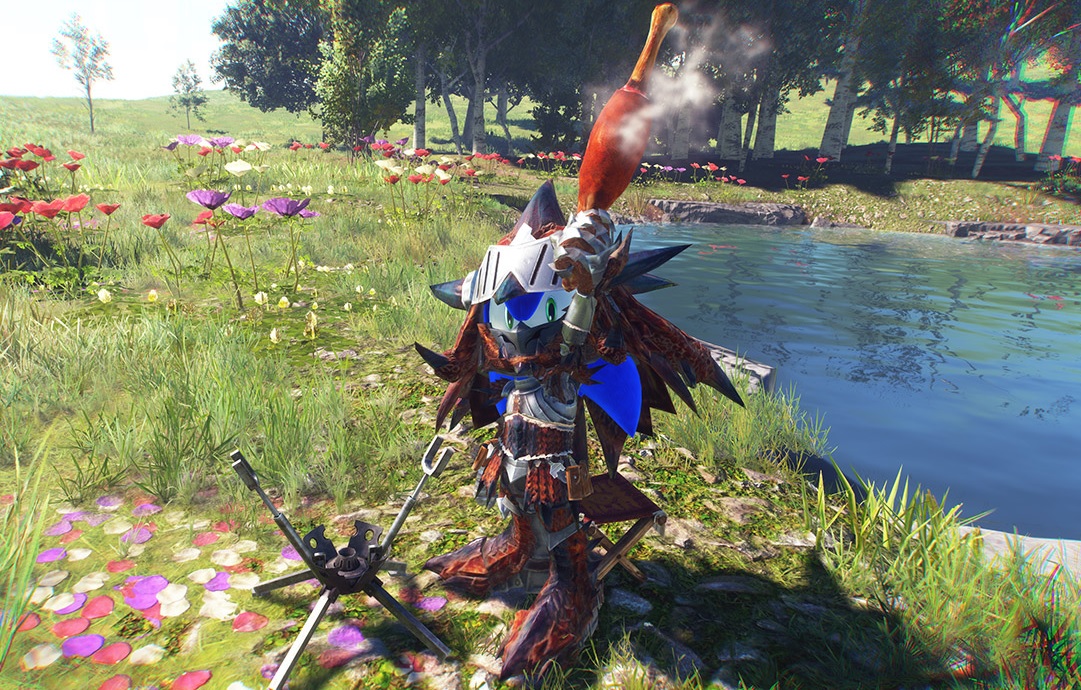 In a move completely befitting the new adventure’s confusing tone, Sega has announced that it is partnering with Capcom to bring a glut of Monster Hunter-themed DLC to its incoming release Sonic Frontiers. The free crossover DLC drop will launch on November 15, shortly after the title’s launch.

The Monster Hunter content drop will include two forms of Rathalos armor, one fully encasing The Blue Blur while a variant frees up his lower body and iconic sneakers. In addition, the tried-and-tested culture of barbecuing will also be coming to Sonic’s world, in the form of a BBQ minigame and a roasted spit prop — Though I doubt very much that our boy will be doing much slaughtering in Sonic Frontiers.

Crossovers are always cool and free DLC always welcome, but these titles sure make for strange bedfellows. Frankly, Sonic looks bizarre fully encased in Rathalos armor. But, as I noted at the top of the article, this strange partnership is perfectly befitting of a video game that itself is muddled in tone, being at once somber and ethereal while retaining the ring-grabbing, loop-de-loop action of the colorful and beloved 16-bit platforming series.