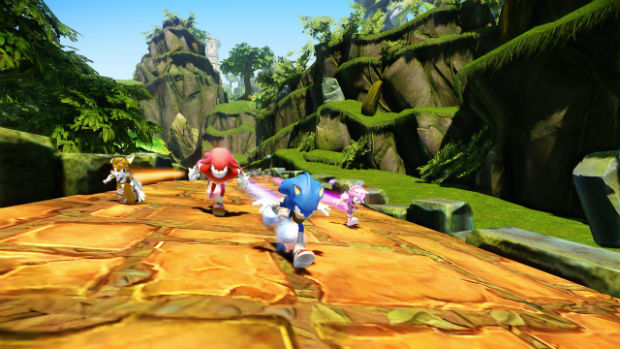 Fans figured out what’s in it

Sonic Boom: Rise of Lyric was a messy game, and it’s taken far too long to patch it. After weeks of waiting though European fans have finally gotten a fix of sorts (it’s not out yet in the US), but the problem is Sega hasn’t disclosed what’s actually in it. Thankfully, fans have gotten to the bottom of it through a crowdsourcing effort of sorts.

Most notably, the Knuckles infinite jump has been fixed, and invisible barriers have been put up to prevent extra glitches. There’s also an improved framerate, a better navigation system, and lighting and shadow improvements.

It’s nice that the patch exists, but it’s a huge shame that it took this long. Big Red Button doesn’t have the same resources that some AAA studios do, but the lack of communication on this entire issue is debatably a bigger problem.