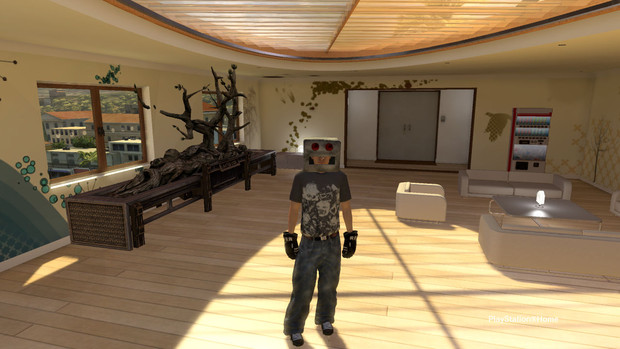 [For our special E3 Weekly musing, CelicaCrazed takes us on a tour of Sony’s E3 booth in PlayStation Home. Want to post your own E3 blog for a chance to win some swag? Click here for the info.]

Hello Destructoid!! I hope you are all enjoying this fine week of video game MADNESS as much as I am. The Electronic Entertainment Expo is moving along at full steam and has certainly reignited the passion of many gamers. Thanks to the Dtoid staff who I’ve been living vicariously through this last week, and who are also doing an amazing job with the coverage *round of applause*, I feel closer to an event that I would never likely be able to attend.

Sony has decided to recreate their E3 booth in the world of PlayStation Home to allow gamers from around the world to experience the show as well. While it doesn’t provide us with a chance to see what Microsoft, Nintendo and many third parties are doing, it does allow us to see what is coming to Sony’s platforms. It also gives me the chance to produce an easy E3-themed blog. HA!

Of course, I’ve heard of all the germs and viruses that are spread throughout these expos so I’m taking special precautions. No expo-pox for me! Apparently I unlocked a free biosuit from Pixeljunk Shooter when I visited the Pixeljunk space last time. Plus I can carry my lunch and swag in the backpack. Bonus! Alright, think I’m ready to head out. Let’s do this!

WOO!! E3!! I’m here! A childhood dream is achieved….though not really. There is a VIP section in this space that you gain access to by viewing the trailers for seven games. Shouldn’t be too difficult to do.

Walking around you find demo units for PS3 games. Unfortunately we can’t play them in Home. This is clearly not the future I imagined. Some of the screens do show trailers though. They had Medal of Honor playing in this area. The video quality of Home videos are a little grainy but you still get a good idea of the quality of the game. I’ve never played a Medal of Honor game before but I’m more than likely getting this. With Dice working on multiplayer, I’m guaranteed to like it. Their shooters really click with me for some reason.

Twisted Metal was a game I was not expecting. YOU LIED TO US JAFFE!! The trailer here is just an extend version of what we saw during Sony’s press conference. The game may still be pretty early into development but I’m really liking what I’m seeing. Lots of chaos and lots of destruction. I haven’t played much of the past TM games, I was always more of a Vigilante 8 kind of guy, but the lack of car combat games this generation has Twisted Metal directly in my crosshairs. It’s only a matter of time until this hits the Friday Night Fight rotation.

A trailer for LittleBigPlanet 2 is also present. This is the same trailer that was released awhile ago on the PlayStation Blog but it is still awesome. I’m honestly feeling pretty intimidated with how open and free they are making this game. I mean there are some mind-blowing creations people made with the original, WE ARE NOT READY FOR WHAT IS TO COME!!

I checked out the SOCOM 4 video next. While I’m not much of a fan of the SOCOM, though that’s more to do with never playing any of the games in the series (heh a running theme here), I am keeping an eye on it since the Dtoid community really seems to love it. It’s too late for me to jump into Confrontation but I may start with SOCOM 4. I’m also interested to see how Move controls turn out with it.

I’m in your zones, killing your respect for me with this joke. Killzone 3 is probably the shooter I’m most looking forward to, and there are a ton of shooters I’m pumped for. I loved KZ2, from the multiplayer to the campaign, so this certainly can’t come soon enough. I was really caught off guard with how much I liked that game. Plus all the trash-talking that erupted from the ALPHA vs BETA Dtoid clan war is still some of my favourite moments from this community. The inclusion of jetpacks and an arctic landscape can only make it better.

I never realized how tiring and loud E3 was. I needed to take a few minutes to rest and collect myself. Also, lunch.

Gran Turismo 5. If this is how people at E3 are actually experience the racer, I am seriously jealous. Even in the grainy video this game still looks stunning. I can only wonder how it looks in 3D. The thing I’m worried about is that this game is a simulation racer and I don’t particularly enjoy that type of racing. I’ve always been more of a Mario Kart/Burnout arcade racer. Oh well. It’s a game I know I just need to own. I can’t call myself CelicaCrazed and turn down a racing game.

Here is what I’d imagine is a sitting area at the real E3. No one was sitting though. Fail.

Sony tries to sell me some more costumes. I politely deny as I get most of mine for free. Most of them.

Another look at the Killzone 3 booth. I try to look tough but it’s a difficult task in a giant rubber cond….er, suit. Can never be too safe.

After much searching, I finally found the 7th game trailer. It was surprisingly hard to find. Well for me at least. Once all seven trailers were viewed, I was filled with a sense of self pity. I mean even more so than usual. Shortly after, Sony bestowed upon me arcane powers that gave me access to the VIP area. Woo!

The body suit and glasses are rewards. It comes in both male and female forms, they light up and give you a deadly six-pack. The glasses are animated with a Matrix-like design.

This pic of my sculpted bum is for the ladies. Ok fine. And the guys. Definitely an accurate representation of my real derriere. Don’t be hatin’.

I’m not going to lie, I use the Mr. Destructoid helmet to meet ladies. It works almost too well. Also, it’s awesome. Just not as awesome as the real deal. Plus I sort of paid real money for this thing. So worth it.

AHHHH!! IT’S STUCK IN MY LEG!!! Just kidding, the suit makes me permeable to the velvet ropes. Because SCIENCE!!

I finally realize my dream of partying with Lindsay Lohan in the VIP of a club. The only thing that could have made it better was if that was actually my dream. And if Lidsay Lohan was there. And it wasn’t on Home.

Over looking Sony’s E3 booth. Clearly not enough people are noticing my awesomeness.

Many of the demo kiosks had Slims and Moves. They’re glued down pretty tight though. Actually there was a code going around during the real E3 show that unlocked a Move controller for your persona, similar to the PSPgo I showed in the previous blog. Sadly by the time I found out about this, the limited time offer had already expired. A little too limited if you ask me. There will likely be another chance at a different prize tomorrow if the rumblings are correct. This is separate from the reward you get from visiting the VIP section. After about 10 minutes, I unlocked a couch. Did you get a couch from Sony, Sterling?? NO!! Didn’t think so! HA! Thursday’s reward is supposed to be a sweet PlayStation controller table. You may want to check that out. Seriously.

One thing I was disappointed with was the lack of PSP trailers in this space. They are just decoration here. Well I guess that’s just like how Sony treats them in real life then *zing!*. Patapon 3 is looking sharp. Also disappointing is the lack of PSN games being shown. Actually it’s like Sony’s E3 conference where very few games were shown. Now that I think about it, every game here was in Sony’s presentation. Though that doesn’t explain why Pixeljunk Shooter 2 is being neglected. Maybe more will pop up later in the week. More better pop up later in the week!

I often point out the detail that went into creating Home spaces. This is no different. Whether it’s the different media guides laying about to just the general architecture of the space, it definitely needs to be seen at least once. The glass panes under the railings are exactly what I want in my mansion when I’m rich someday. Or at least my Home mansion.

And with that I think it’s time I bid farewell to my “first” E3 experience. YAY FOR E3!!!

Alright, I’m back home and comfortable. The couch behind me is the reward given from VIP area. Not too shabby at all. There are more pics in the gallery in case you want to see more of the layout. Sony’s E3 space is probably something you don’t need to visit but if you like free stuff or haven’t had you E3 fix yet, definitely check it out.

Until next time Destructoid!!