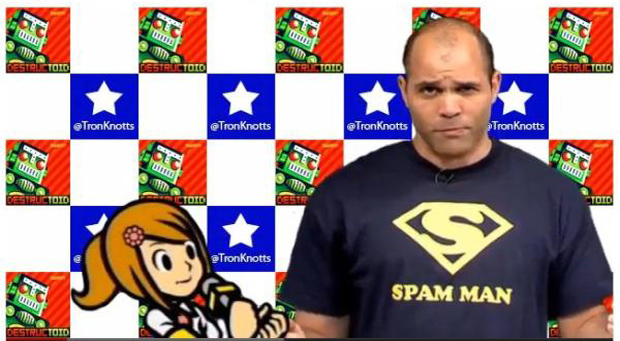 Sometimes I really want to pack it all up and quit while I’m ahead.

That’s how I felt when I first heard that I’ll have a bit part in the upcoming XBLA/PC/WiiWare title Retro City Rampage. I wasn’t sure it could get any better than that. Then McNyers made that comic about me, and I almost cried. A few months later, I saw my name in the credits of Cave Story 3D under the “Special Thanks” section. I had no idea that was going to happen, and I’m still not sure why it did. Thank God I had already written the review for the game before I read the credits. I don’t think I could have comfortably scored it otherwise.

I was wrong. McflyGold/TaraLongGif just took things to the next level. I am now a part of the greatest video ever made. If I disappear forever after this post, you’ll know why. It’s all going to be downhill from here.