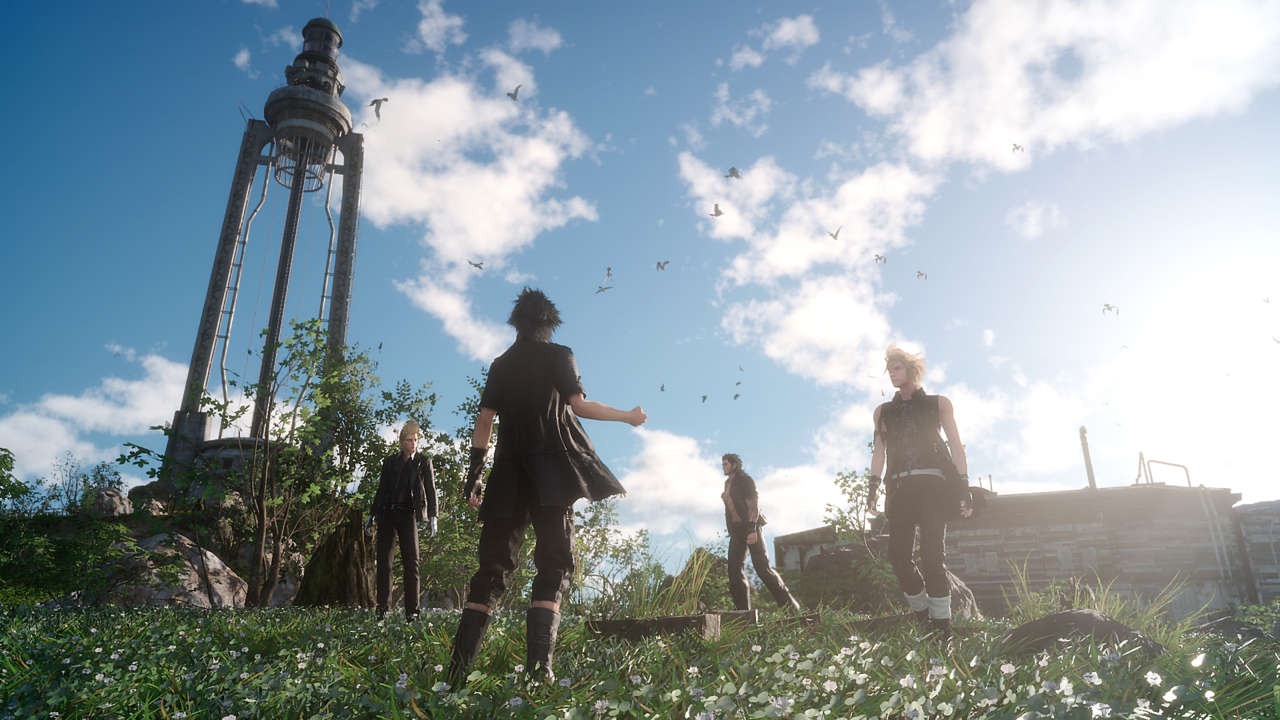 The food looks amazing but the trees are flat. Cindy’s breasts are immaculate but her hair is clumpy. The car’s doors open from the wrong direction. Prompto and Noctis enthusiastically high-fived after a very short and routine drive. Noctis runs with the top half of his body in front of his lower half, kind of like a puppy that hasn’t figured out it how to control itself yet.

Final Fantasy XV‘s attention to detail is focused in the weirdest places.

Square Enix was booking appointments to see Final Fantasy XV in two-hour blocks. That’s unusually long. Now that I’ve spent almost that much time with it from the game’s beginning, I get why the demo needs to be that lengthy. Getting used to FFXV‘s world takes time. It’s just somehow vaguely off, all the little quirks snowballing until, I assume, people eventually come to accept it and stop questioning it.

Actually, two hours wasn’t nearly long enough. Final Fantasy XV‘s first chapter is perfectly content to meander about. The opening scene where Noctis and his friends push their broken-down car stretches on far longer than you’d think it would. That’s not a negative criticism, just an observation, really. Final Fantasy XV makes its intentions known immediately. You will spend a lot of time in this game.

And because you will spend a lot of time with Final Fantasy XV, it’s almost inevitable that previews are kind of pointless. With fewer than three months until release, the generals of everything like story and combat are already out there. All that’s left is to learn the specifics of them. Square Enix isn’t going to tip its hand fewer than two hours into the game.

So that’s why you get awkward high fives and clumpy hair — because when there’s so much you can’t see, all you can do is hyper-focus on what you did see. To what end? Probably none. Final Fantasy XV releases on November 29. That’s when most of these observations will become, by and large, moot points.