At PAX West, Jordan and I spent maybe five minutes with Sonic Mania. Appropriate, really, given that the blue hedgehog’s whole existence is framed around the concept of speed. In and out, super quick. That’s all we needed to know that the game is shaping up quite nicely.

And, when we say that it’s shaping up nicely, we mean that it’s looking like a game that Sonic fans from the Sega Genesis days are going to want to play. When you think about it, that’s a bold claim. That’s all these people have wanted for, like, two decades now. 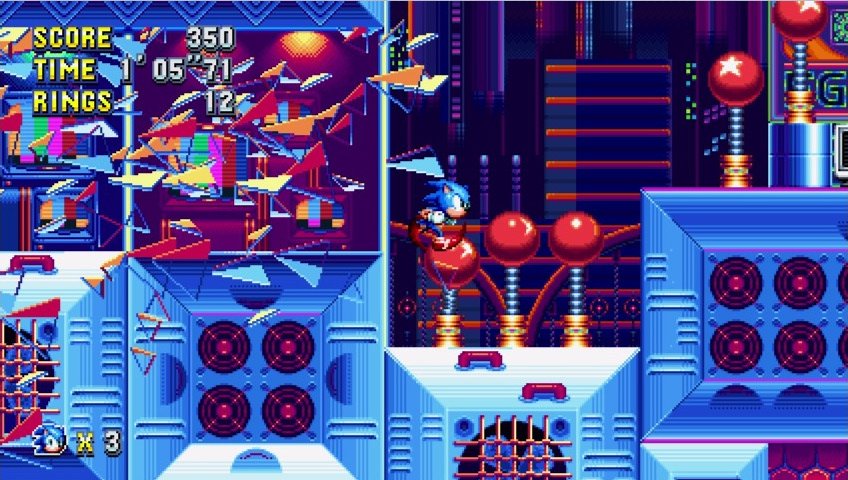 Jordan: It’s true! I’ve been perfectly content to skip a whole mess of these games in that time. On the whole, the 3D titles never really spoke to me as much as the original series, and Sega’s efforts to revitalize its classic side-scrolling design haven’t fared much better. At this point, it’s mostly apathy for the games, and laughing at the occasional Sonic-related weirdness that pops into view — that’s my relationship with this property in 2016. I can’t underestimate the power of nostalgia, though.

We decided to split the two-level Sonic Mania demo right down the middle. I ended up getting beamed around in a vibrant new cityscape area, Studiopolis, while Brett went through a remixed Green Hill Zone. The former would’ve felt right at home in something like Sonic CD.

I raced down crisscrossing ramps, bounced off bumpers, and tried not to get distracted by the colorful, densely-packed visuals in the “TV broadcast”-themed world. We were too preoccupied to bother putting on headphones, but now I’m listening to that level’s music for the first time, and it feels right. The same could be said of everything else I’ve seen of this game so far. It’s like a long-lost sequel.

Brett: It felt especially right because we played on a Genesis controller. Again, right in the nostalgias. With that nice little touch, I set off on Green Hill Zone. It was so much like the original Sonic the Hedgehog that I questioned why this was designated as new content. Everything was right where I knew it’d be.

That’s until it wasn’t. Eventually, it all felt foreign, yet strangely familiar. A Sega rep told us that what I was playing was an amalgamation of the two Green Hill Zone levels, capped off by a mini-boss. Somewhat updated art and enemies that are unique to Sonic Mania were two of the other changes that I noticed, but just barely.

Here’s an anecdote for how much this felt like the first Sonic: As I was cruising along, Jordan asked me to stop and hit down+B to dash. I paused and said “That wasn’t introduced until Sonic 2.” He replied “Well, try anyway.” Sure enough, it worked. I was so convinced I was playing the original game that I didn’t even consider a newer maneuver to be a possibility. 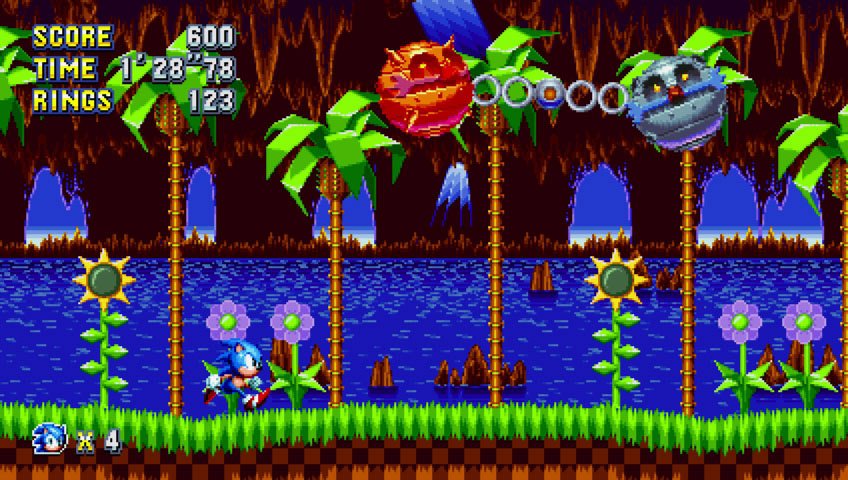 Jordan: That has me curious to see what other, potentially more modern ideas the designers might bring into Sonic Mania. We didn’t think to try the new drop-dash move (not that either level seemed to necessitate using it), and we also weren’t able to play as Knuckles or Tails. On the Sonic side of things, it’s all super promising. I just hope that attention to detail and quality won’t waver in the full game.

Brett: Yeah, ideally every level oozes Sonic the exact same way. Like, hopefully this demo could have been any two levels chosen at random and they all would’ve been equally great. Less ideally, these could be the best Sonic Mania has to offer and it’s all downhill from here. To be fair, that’s a realistic concern for any preview scenario, though.

But, as for our five minutes, I think we can both agree this is far more classic Sonic than we could’ve ever dreamed. Finally, Sonic fans. Finally.