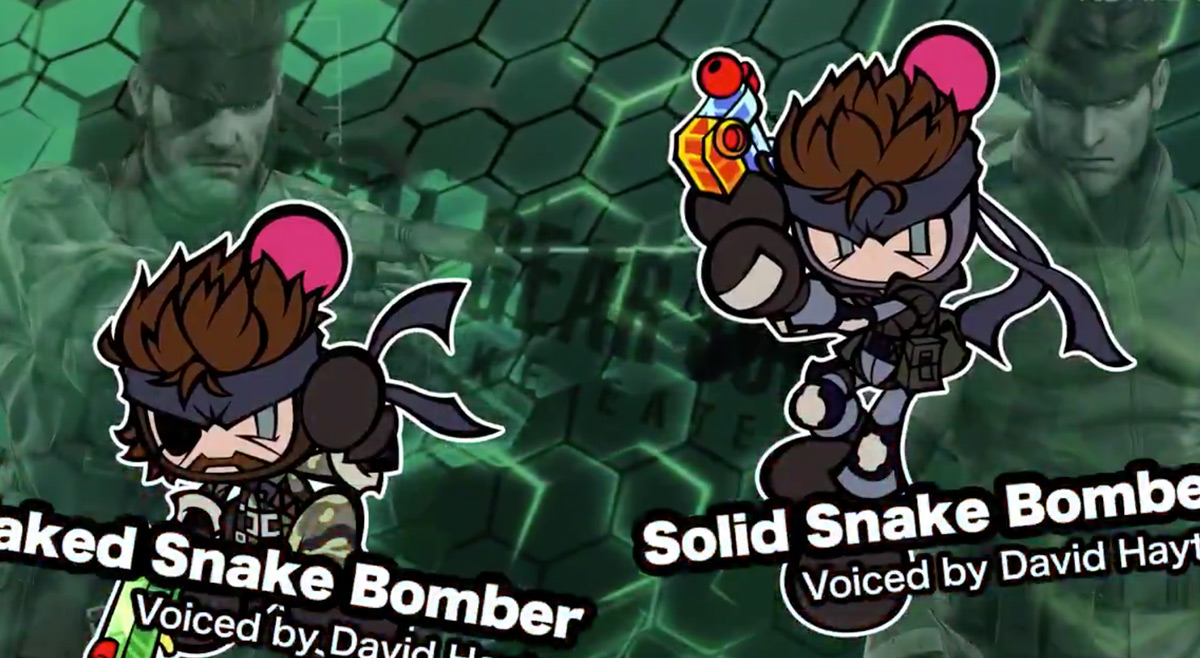 I bought Super Bomberman R before I bought my Switch. Silly, I know, but I was so sure it was going to bomb and that its first printing would be its last. I was playing the long game in hopes of making a cheap buck on eBay. It serves me right then that Super Bomberman R became a huge success for Konami. It sold hundreds of thousands of copies on Switch and, honestly, it’s the most fun I’ve had with the franchise since the SNES days.

Part of what keeps me coming back to it are all the free updates. This isn’t the same game it was at launch, and the new features added today are a perfect example of just how far this game has come since people were angrily debating if it was worth the asking price. Version 2.1 is available for download now and it brings with it new stages and new characters based on Konami’s other hit franchise, Metal Gear Solid.

Yep, this is enough to keep me playing for the rest of the summer. For anybody who is wondering, here are the full patch notes for version 2.1:

The Grand Prix mode now has the new “Checkpoints” rule.

– 3 types of Metal Gear stages have been added for you to enjoy the Checkpoint rule.

– New characters are available in the shop.

– New accessories have been added.

-The rules for accomplishing a perfect in Grand Prix have been changed.

– In Crystal, a perfect is accomplished when you possess all the crystals in the stage for 15 seconds.

– Various other small bugs have been fixed.