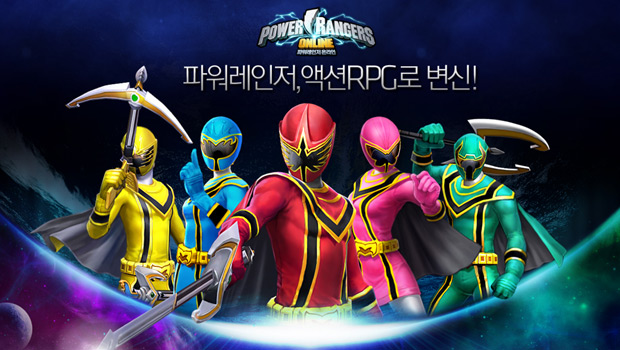 Friggin’ Koreans and their cool-as-sh*t MMO scene. We get Free Realms and the endless parade of World of Warcraft updates, while they get the stuff I actually want, like Rockman Online — this happens to be the only Mega Man known to be in active production, by the way. Oh, and how about a Power Rangers game for good measure?

A teaser site has just opened up for Power Rangers Online, a side-scrolling action RPG with a closed beta scheduled for later this year. It’s being developed by IronNos (developers of PSP’s Crimson Gem Saga) and co-published by Ntreev (developers of the PangYa golf series). Naturally, nothing has been said about the possibility of release outside Korea.

As for which Rangers series will be represented, we don’t know. The Mystic Force Rangers are splashed across the game’s page, and according to Wikipedia, the earliest series to air in Korea has been Jungle Force (known as Wild Force in the US). Therefore, the Mighty Morphin team will most likely remain absent.

Still, I want this game. Why won’t you let me give you guys my money?