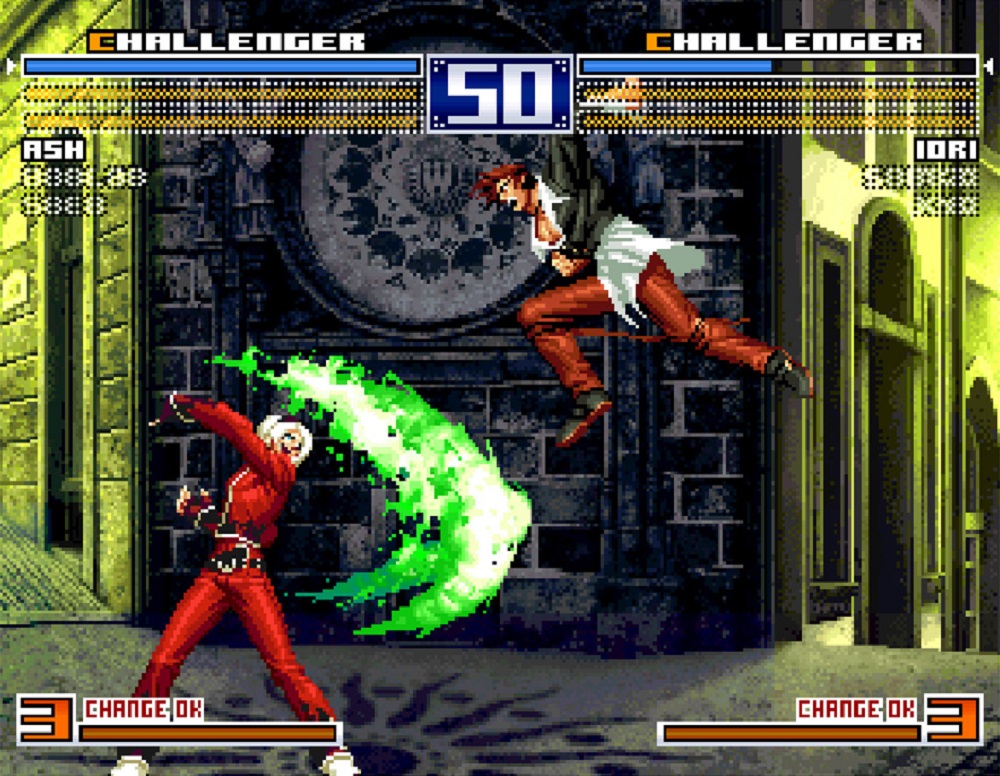 Hamster has dropped a treat on us this week, as The King of Fighters 2003 is now available on PS4, Xbox One and Nintendo Switch, part of the publsiher’s efforts to re-release the entire Neo Geo MVS back catalogue..

Beginning a narrative arc known as the “Sacred Treasures Saga”, KoF 2003 is one of the more intense titles in the KoF series, featuring a Marvel vs. Capcom-style tag format, allowing players to switch team-mates mid-round. Players can even designate a “Team Leader”, who is then afforded an exclusive Super Move. These mechanics made KoF 2003 the fastest and most tactical entry to that point.

Both KoF 2003’s aesthetic and gameplay style would be tweaked to near-perfection in the following release, KoF XI (which foolishly omits Leona Heidern from the roster and is therefore the worst game in the series). But KoF 2003 remains a smart, fast and enjoyable fighting game, one of the franchise’ high points.

The King of Fighters 2003 is available now on PS4 in Japan and Xbox One and Nintendo Switch worldwide.