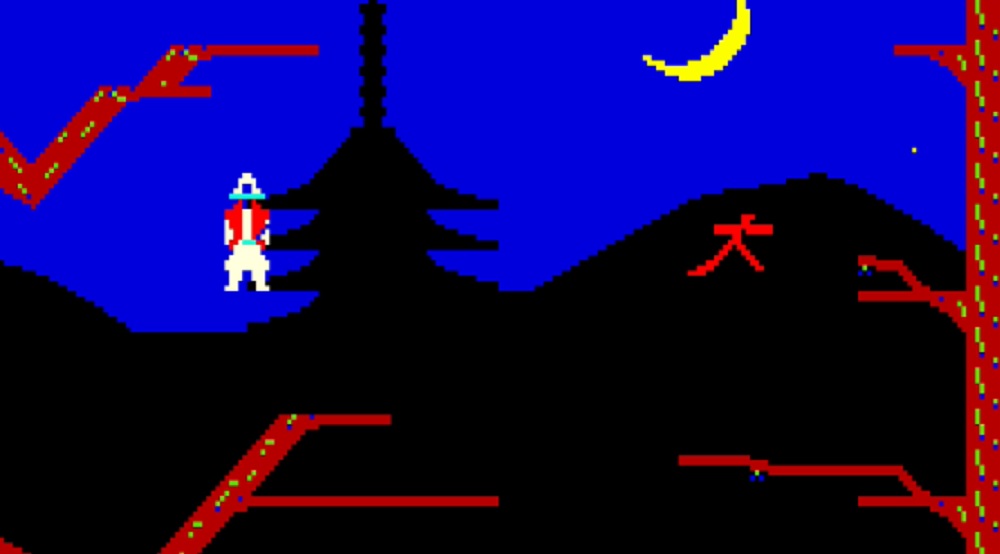 From the dawning days of SNK

Every once in a while, the retro fans over at Hamster bust out a title that really, really winds the clock back. This week’s release is an excellent example, as one of SNK’s first-ever games, Sasuke vs. Commander, returns on PS4 and Nintendo Switch.

Released in Japanese arcades around 1980, Sasuke vs. Commander blends the gameplay of numerous arcade forefathers, such as Space Invaders and Spiders. Players control the titular ninja, Sasuke, who is tasked by the Shogun to defend the kingdom from an invading ninja army.

Check out the game below, in this video from YouTuber Old Classic Retro Gaming:

In classic shmup style, Sasuke darts back and forth across the bottom of the screen, fending off waves of ninjas who descend from above, tossing shurikens and weaving in and out of young Sasuke’s defences. In what can be considered one of the earliest examples of the mechanic, Sasuke also has to face “boss” characters once their underlings are defeated.

Now, in 2020, Sasuke vs. Commander is tough to recommend for its eight-dollar price tag. But still, tribute must be paid to the quaint release that helped put SNK on the map, leading the creation of the Neo Geo and excellent franchises such as Fatal Fury, Metal Slug, and The King of Fighters. Kudos to you, Sasuke, kudos.

Sasuke vs. Commander is available to download on PS4 in Japan and Nintendo Switch worldwide.