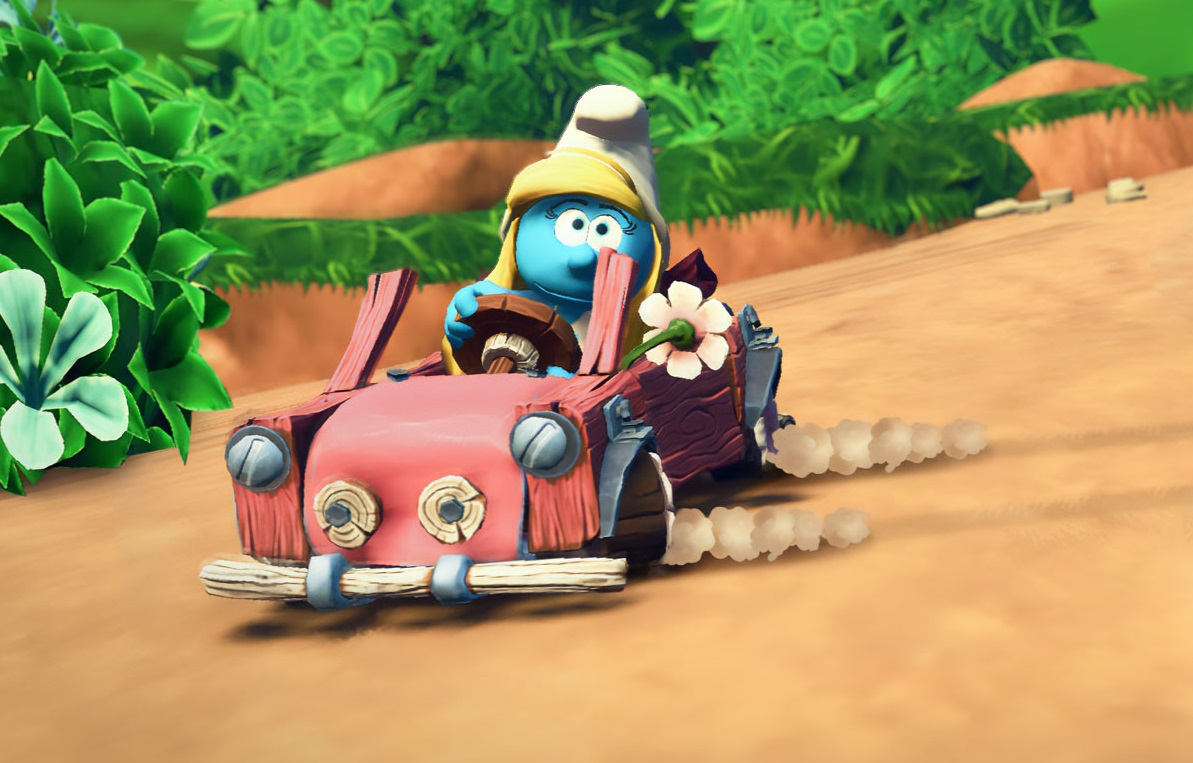 Microids, in so many words, told us that they were on a mission to deliver a billion Smurfs video games, and they weren’t just whistlin’ dixie. Following on from the release of platform adventure The Smurfs: Mission Vileaf in 2021, the French publisher has now dropped a release date for the next title in its horrifying oeuvre, Smurfs Kart.

Headed to Nintendo Switch on November 15, Smurfs Kart will see the garden-dwelling dopes take to the racetrack in a variety of ramshackle vehicles, all seemingly made from the shit they just had lying around, (although Smurfette seems to have built herself a pretty snazzy roadster, at least when compared to most of the abominations on display).

In regards to gameplay, you know how it works. Hit the turbo start, drift corners, find shortcuts, and take out your opponents with a variety of special weapons, including shells (Conker, not Koopa). Smurfs Kart features 12 tracks from the Smurfs universe, including Smurf Village, Smurf Forest, and Smurf Dam. Smurf.

Gargamel’s house is also in the mix, so you can irritate his ass too. Seriously, just leave him alone. 12 selectable characters include Papa Smurf, Smurfette, and the ones nobody knows the names of. You can’t be the French Goth one that I absolutely don’t fancy no matter what you’ve heard.

Look, I’m being flippant, (with good cause, because it’s 2022 and fucking Smurfs Kart exists) but, honestly, it looks perfectly… serviceable as a kart racer. Smurfs Kart looks to “tick all of the boxes”, so to speak. It supports up to four players. It has a variety of challenges and alternate modes to enjoy. It’s fine.

I just can’t help but think why anybody — kids, or families, or racing game fans — would choose to pick this up over, say, Crash Team Racing, or Mario Kart Deluxe, or Sonic & Sega All-Stars Racing, or any number of more prestigious, polished examples.