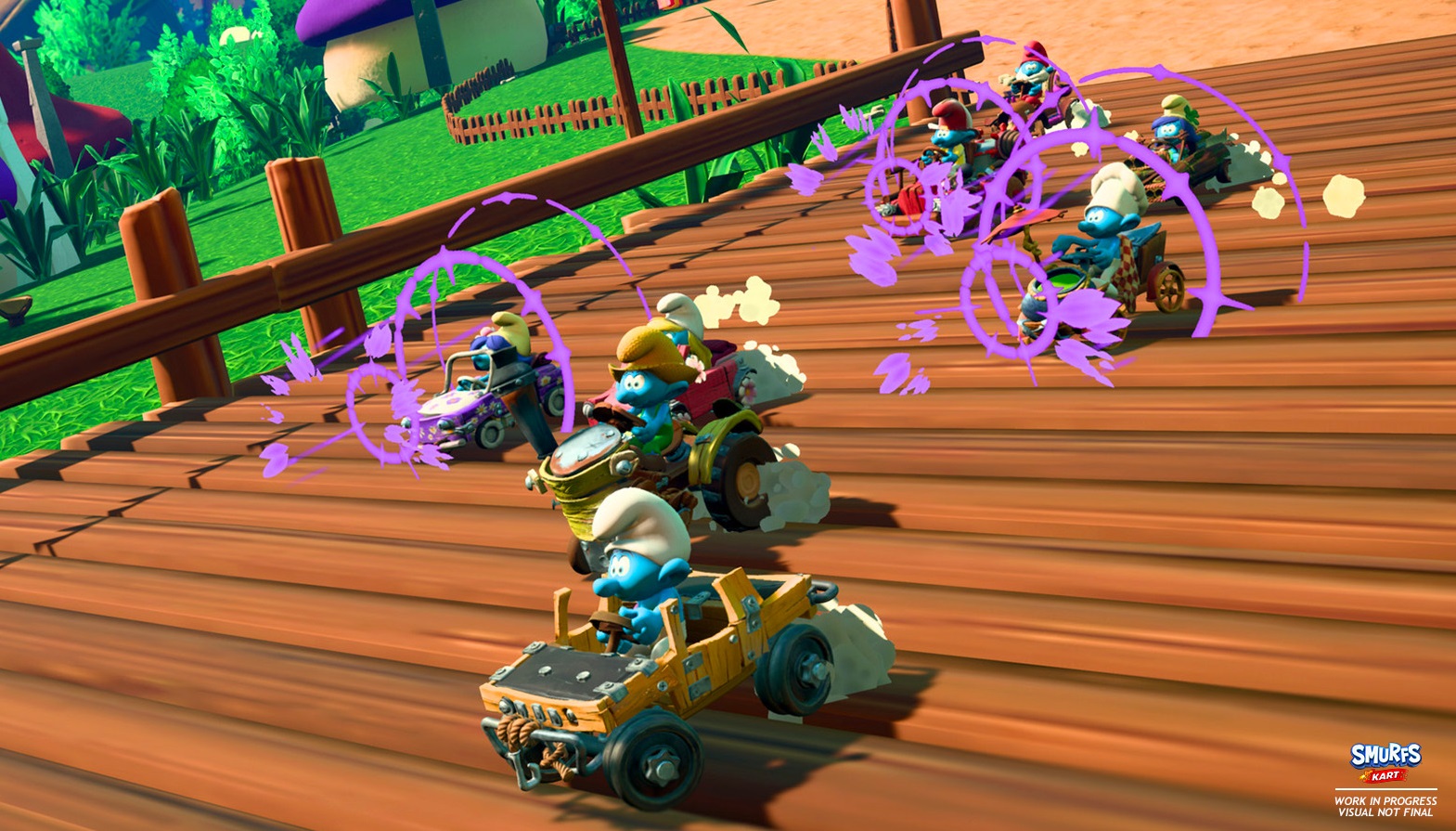 It doesn’t even have the French Goth one

When esoteric publisher Microids announced that we were getting five Smurfs games in as many years, we all laughed, then we cried a little, then laughed more to alleviate the pain. But it seems that we all had a lot of growing up to do, as Microids has channeled that bemusement into sadistic determination.

Following up the fall 2021 release of platform adventure The Smurfs: Mission Vileaf, the French publisher has now moved on to that second video game genre detailed in the Big Book of IP Licensing: Kart Racing. Smurfs Kart will see the little blue buggers taking to the rural raceway in a selection of rickety-looking wooden karts, loaded for bear with special items and unique abilities.

Players can choose from The Main One, The One With The Chef’s Hat, The Old One, Smurfette, or The Others. (Kinda ‘sus that I only know Smurfette by name, frankly), before hitting a series of woodland tracks in what is sure to be the bog-standard Mario Kart template that has been previously adopted by The Simpsons, Wacky Races, Garfield, Family Guy, Shrek, Angry Birds, LEGO, Nicktoons, Hello Kitty, Woody Woodpecker, Danger Mouse, and fucking M&Ms.

Honestly, once Sonic and Sega All-Star Racing Transformed was released, we already had a grandstand champion. Still, now we’ve done platformer and kart racing, we have no choice but to go to the obligatory next stage: Smurfs Wrestling.

Smurfs Kart is currently in development for Nintendo Switch. It is expected to launch this winter.