A MOBA with some twists

It took me quite a while to come around to SMITE. Despite the fact that it was getting rave reviews from some of my Twitter followers, I was already knee-deep in a number of MOBAs, keeping up with Dota 2 and League of Legends most of all.

But once I actually sat down and spent an afternoon with Hi-Rez Studios’ latest, I couldn’t put it down. SMITE not only bucks a few MOBA trends in a unique way, but it’s also a hell of a lot of fun to play. 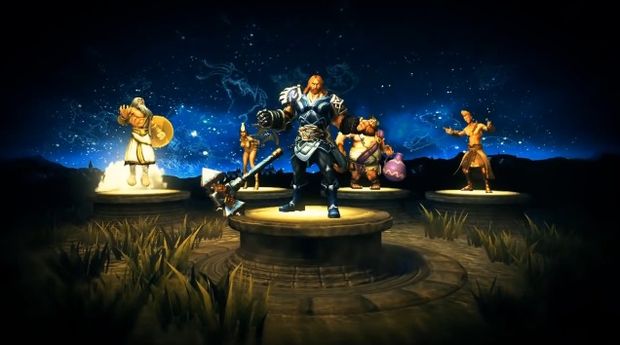 SMITE‘s main mode still has three lanes to defend and assault like a typical MOBA, complete with towers and constant waves of minions, but it tweaks the formula just enough to keep the core foundation interesting. For instance, at the end of each lane is a phoenix tower that is a bit stronger than your typical structure, and can respawn after a certain amount of time upon death. Instead of a simple building to destroy at the end as a victory condition, SMITE has a menacing Minotaur that acts as a full-on AI opponent that’s potentially more deadly than enemy Gods.

Unlike other MOBAs where abilities don’t work on any enemy objectives, the Minotaur can actually take damage from them, adding in a new layer of strategy and making for some incredibly crazy final minutes. But the deviations don’t stop there. When you think “MOBA,” you usually think an overhead RTS style view, but that’s not the case with SMITE. It isn’t the first in the genre to do it, but the camera is actually a third-person, behind-the-back view similar to any number of action games, which puts you more into an individual role rather than a top-down RTS commander viewpoint. It feels natural, and it works very well.

But the typical lane-based headquarters assault isn’t the only thing SMITE has up its sleeve, as it also contains Joust (1v1 heads-up play), Arena, Domination (League‘s Dominion mode), and ARAM (All-Random All-Middle) modes. Out of all of these I found myself enjoying Arena the most, as it’s not typically found in MOBAs and emulates a full-on action-game-style brawl. To win, each team has to not only whittle down their opposing team’s minions in a circular arena, but also detract score by killing their Gods. Complete with a cheering crowd effect, it’s a quick gametype that is constantly shoving you into the action, and I love it.

The Gods themselves are highly varied, even if some of them tend to emulate a Dota or League counterpart. There’s something for pretty much every playstyle and bit of mythology out there, including gods of the Greek, Norse, and Egyptian variety. One of my favorite gods is Chronos (SMITE‘s version of Zilean), who has an ability that can trigger multiple effects based on an ever-cycling clock.

Although controllers aren’t 100% supported yet (you still have to use a mouse to level up skills and flip through menus), I was able to play most of my matches without issues with the right setup. It was a ton of fun, and right there it helped differentiate itself from the cavalcade of MOBAs out there. I was also able to do quite well with a controller, even in some of my more competitive matches. 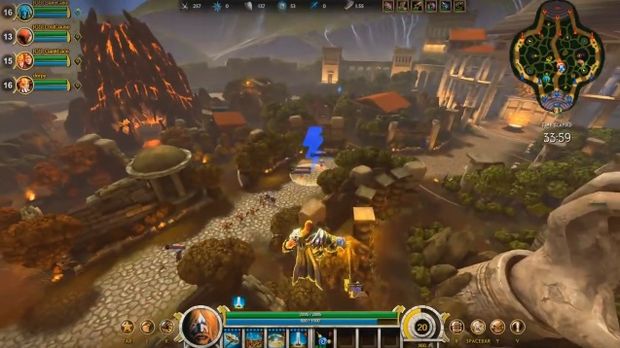 It helps that there’s lots humor built into the game, as it breaks up the ultra serious nature of the genre from time to time. Each victory fanfare at the end of a match emulates a modern day dance, complete with a boombox for some gods or other contemporary conveniences. It’s a fun way to see that the game doesn’t take itself too seriously, and a few scenes even made me laugh out loud.

To help further accommodate brand new MOBA fans, there are a ton of tutorials in place, as well as mechanics built into the game itself. I love the completely optional choice to auto-level or auto-equip your god at lower levels, as it allows more casual players to just have some fun and not worry about deep theorycrafting. Although you should learn to do these things on your own if you want to reach a higher level, they’re not required for the game’s casual matchmaking matches, and that’s a great thing — accessibility in MOBAs is often their weakest element. SMITE also has a practice mode that pits you against one other AI opponent in one lane, which is perfect for acclimating yourself to each god.

SMITE is also free-to-play, and like League of Legends, it’s a pretty fair means of monetization. Free gods cycle through at certain intervals, and if you want, you can spend in-game currency for more gods, or real money on costumes and other extras. You can still play just about every game mode out there without issues, and with the variety of gods on offer it’ll take you a long while to get bored. It’s a bit odd that the user interface and website look like they were ripped directly from Riot Games’ League of Legends, but thankfully the game stands on its own merits at the end of the day. 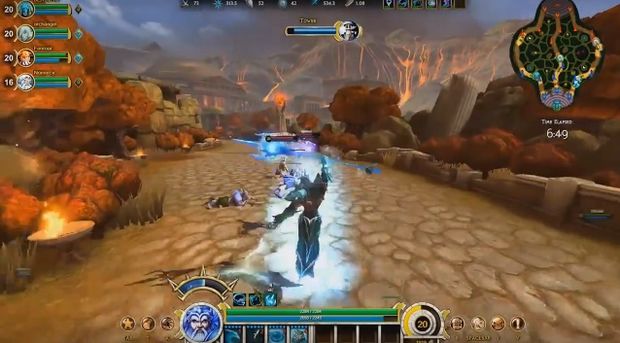 I was pleasantly surprised by SMITE. It’s a game that both equips new players with the tools for success, and contains a high skill ceiling, which is a major design accomplishment. Add on a large pool of diverse characters, partial controller support, and a ton of modes, and you have quite the contender to carve out its own niche in the MOBA space. I wouldn’t replace Dota or League of Legends with it, but it’s fun all the same. I just hope Hi-Rez Studios continues to support the game longer than, say, Tribes Ascend.