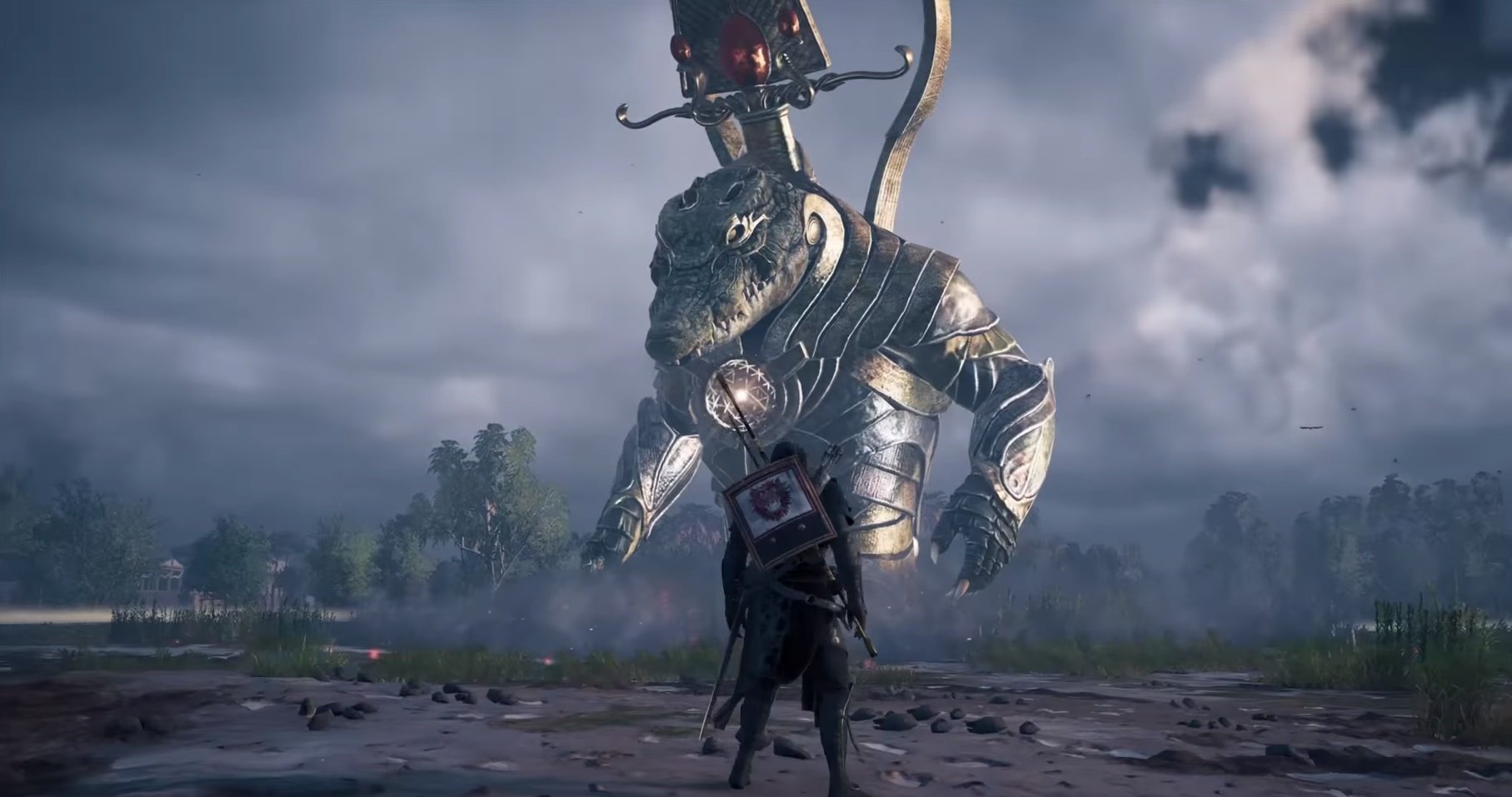 Karma’s coming for Bayek in a big way. After senselessly murdering hundreds of crocodiles in pursuit of a bigger arrow bag, the King Croc wants revenge. Sobek’s pissed.

The second of Assassin’s Creed Origins‘ Trials of the Gods encounters features a massive fight with Sobek, the Egyptian deity of strength and power. The trailer above does an apt job of introducing him. Like the previous Anubis trial, this one is available for a week; it ends on November 28.

The deadline isn’t the only similarity Sobek shares with Anubis. This fight plays out almost the same. It’s predicated on shooting Sobek in the chest while avoiding ground attacks and fending off enemies that spawn at certain intervals. The Anubis battle has trained you well for this one.

As before, being at level 40 is suggested before attempting this fight. Here’s the reward you get for defeating Sobek; beating all four gods will unlock a set of legendary armor. However, anyone who isn’t far enough along to try these encounters doesn’t need to worry. Ubisoft has confirmed that all of the Trials of the Gods will be available again sometime down the road.